Wednesday 10th July 2019. Movie review with Andres and Picante night at the Biomuseo. 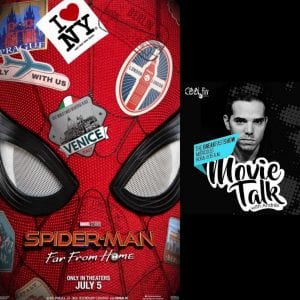 It is Wednesday’s movie review with Andres Clemente. Today. wait for it….. Another superhero, wait for it…. Spider-man movie. It must be about a month since they released a new superhero movie. As for Spider-man “Far from Home” Andres’s final comments? “After watching the trailers, I was afraid that this film was going to suffer from franchise fatigue, thankfully, Spider-Man: Far from Home is a fun adventure with, by all accounts, the new lead of the Avengers. The movie moves at a great pace, is funny, has some great action set pieces and gives the audience a sense of direction in regards to where these characters go next in the MCU. For fans of the character and fans of the MCU, this is a must watch.”  (For the uninitiated, like myself, MCU = Marvel Cinematic Universe). 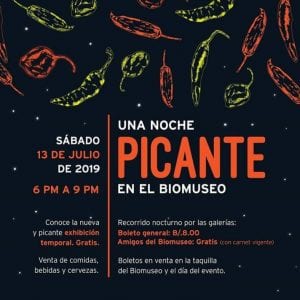 In the last hour today, the Red Hot Chilli Peppers, not the group but the latest temporary gallery at the Biomuseo. Dedicated to the humble Chilli, the opening this coming Saturday is called “Picante” and as well as the opening of the gallery there will be nice spicy food and beer. To tell us all about it we have Sr Roberto Maduro. Click on the posted to see all the info. Also check out the Biomuseo ..

“I am 100% sure that all these instructions were from the ex-president Ricardo Martinelli .”  This was stated on Tuesday by the former deputy José Luis Popi Varela at the conclusion of his testimony as victim and witness for the prosecution

The Anti-Corruption Prosecutor conducted on Tuesday, a raid on the offices of the Panamanian Baseball Federation (Fedebeis), located in the Rod Carew Stadium, as part of the investigations carried out with respect to the economic contributions that was made by the Panamanian Sports Institute (Pandeportes) to different sports groups.

The administrator of the Tourism Authority of Panama (ATP), Iván Eskildsen, presented on the afternoon of this Tuesday, July 9,  the new tourism cabinet, a bet by the Laurentino Cortizo administration to reactivate the tourism industry, affected in the last years due to the lower arrival of visitors and the hotel oversupply.

The rains that have fallen in the last 24 hours, in the district of Macaracas, province of Los Santos, began to cause the collapse of the municipal landfill.

The  National Police managed to arrest five people for allegedly being linked to the kidnapping of two people, this Tuesday, in an operation that culminated on the Amador road.

At 29 now stands the number of people killed in the country as a result of the influenza virus.