Wednesday 10th May 2017. Movie review. Working and retiring overseas and the Canada Report. 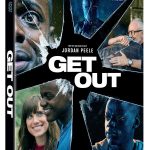 It’s a busy Wednesday with our moviereview w

ith Andres and the movie receiving his scrutiny this week “Get Out.” It received a lot of positive points from Andres and very few negative, except he did not like one of the baddies….. That’s acting for you!!

In the last hour today we get the chance to chat with Kathleen Peddicord Founder and Publisher, Live and Invest Overseas. Although Kathleen has established her main office in Panama, the portfolio of Live and Invest Overseas though is truly global. With the wealthy of knowledge that Kathleen has acquired we get a refreshingly frank view of Panama as a place to both work and to retire. (click on either pic to go to the L&IO website)

Wednesday would not be Wednesday without our weekly look at the happenings in Canada with Michael.

Compliance Judge Katherine Pitti has extended the house arrest measure granted to former dictator Manuel Antonio Noriega to one year due to his fragile health.

A complaint to investigate the possible unjustified enrichment by the deputies Adolfo Valderrama and Rubén De Leon, who have held the presidency of the National Assembly, will be presented to the Comptroller General.

The Special Anti-Corruption Prosecutor’s Office has made a request for judicial assistance to the British Virgin Islands (BVI) for information about the company Petro Trading Servicies, Corp.,

An official report to which La Estrella de Panamá had access, found that the Government of Panama owed private companies and other private providers a total of $1,484 million by the end of 2016.

The Superintendency of Banks of Panama has claimed that a company called Asobank is offering financial services in Panama without having a banking license.

The Panamanian Authority for Food Safety (AUPSA) issued instructions to its inspectors to await the arrival of frozen goods packaged under the Aunt Jemima brand.

With children as the central axis of political leaders, religious and non-profit organizations, the 5th Global Forum of the Global Network of Religions in favor of children was inaugurated yesterday