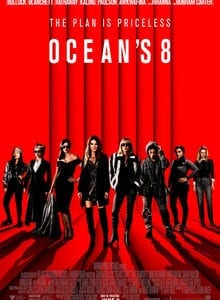 Imitation is not always a form of flattery. The writer/director never knows what kind of movie he´s making, missing on most of the beats that made this franchise so successful. Its not very funny and not very exciting. I`m hoping they get a second crack at it, with a new writer and director, so to not waste the amazing line-up they managed to assemble with the cast.

Former President  Ricardo Martinelli refused to be evaluated by specialized personnel of the Institute of Legal Medicine and Forensic Sciences (Imelcf), as ordered by Judge Jerónimo Mejía, judge of guarantees in the process that is followed by the alleged commission of crimes against the inviolability of secrecy and the right to privacy, and against public administration (embezzlement).

The PRD leader  Balbina Herrera announced on Tuesday June 12 that she will take legal action against the woman who threw a bottle of water at her on her departure from the Supreme Court of Justice in Ancón last night .

The majority of the deputies of the opposition Democratic Change caucus (CD) announced on Tuesday June 12 that they will close ranks in support of the reelection of  Yanibel Ábrego as president of the National Assembly .

Panama and China officially launched the negotiations of the Free Trade Agreement (FTA) , in a formal ceremony held in Beijing, , the Secretariat of State Communication reported Monday June 12.