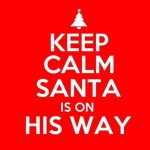 Join us for our continuing run-up to Christmas, a few letters from the Kids to Santa and a track from the Jingle Cats that had one listeners dogs going nuts looking for them!

Time for another weeks look at some of the lighter side of the happenings in the Great White North with Michael and his Canada Report.

On Monday, the Democratic Revolutionary Party (PRD), the largest political group in the country, spoke about the situation of the newspapers La Estrella de Panamá and El Siglo.

The consumer price index, which measures the cost of living, increased 1.3% in November as compared to the same period in 2015.

On Monday, with the idea that empowered women help boost the economy, productivity and growth, the National Women’s Institute (Inamu) presented its Action Plan for Equal Opportunities for Women (2016-2019).

The debt owed by public companies reached $2.3 billion at the end of October, a 29.9% increase from December 2015, according to reports of the Ministry of Economy and Finance.

Yesterday, the judge of guarantees of Coclé ordered the release of singer and television presenter Margarita Henríquez and applied the precautionary measure of notification on the 30th of each month.

Yesterday, the police apprehended an American citizen who is wanted by the US Embassy to face rape charges.

The Ministry of Agricultural Development (MIDA) requested the contracting for 90 days of the company Technological Services of Incineration (STI) in the International Airport of Tocumen.

About $37 million will be disbursed by the Ministry of Social Development (Mides), in payment of the program “120 to 65”, it announced.

Next year, for the first time, Panama’s Copa Airlines will sponsor the 2017 World Cup of the Neighborhood, the company said in a statement.

sports program in the world with the same presenter.