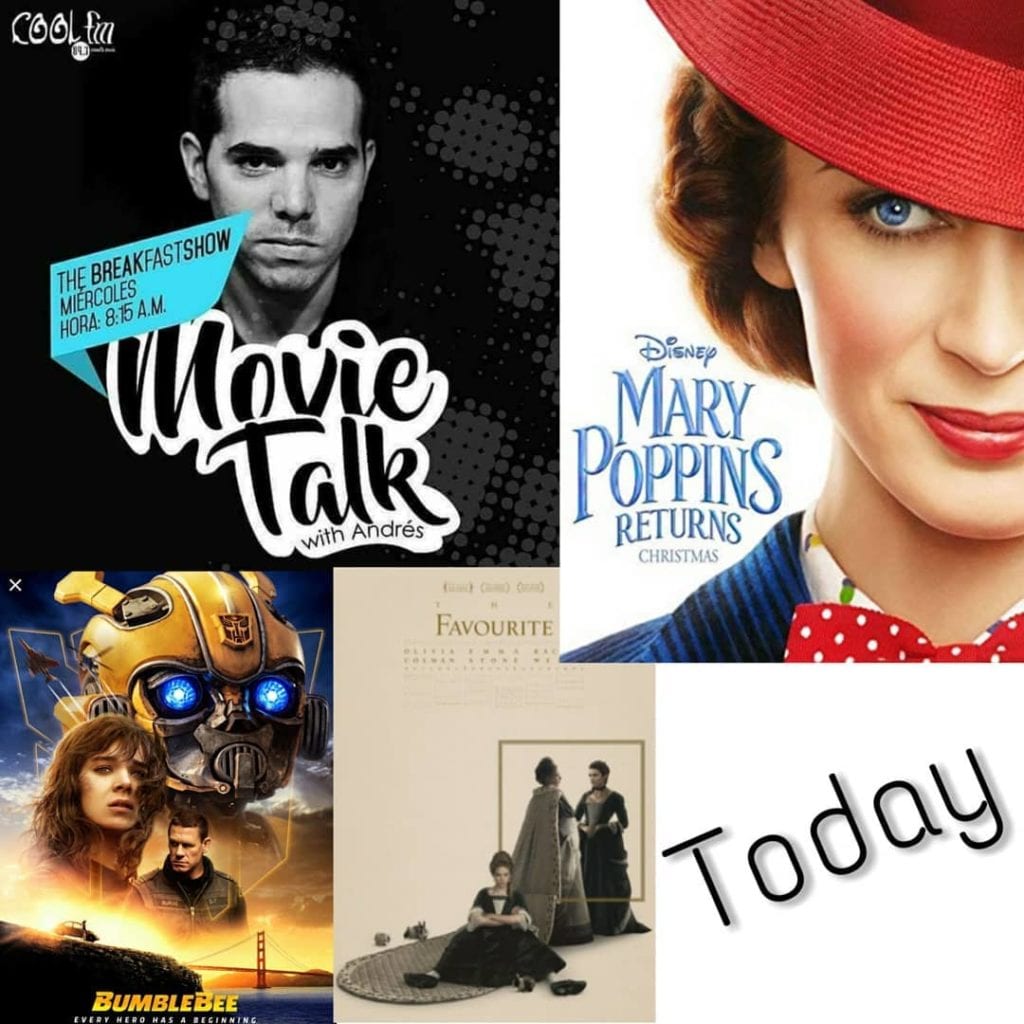 It is the time for a look at what is on at the movies (in fact for the first time in 2019). Andres is with us and we take a look at three movies this week, “Mary Poppins Returns”, “The Favorite” and “Bumblebee”. A treat “The Favorite”….. No negatives!!

The Minister of Agricultural Development, Eduardo Enrique Carles, reported that on Tuesday he went to the Chitré Prosecutor’s Office to halt the ex officio investigation against several producers, arising from the events that occurred in Divisa on December 18.

The Tribunal Electoral   rejected as an untimely and inadmissible appeal against the signature collection process presented by the presidential candidate Dimitri Flores .

The President of the Republic, Juan Carlos Varela , appointed Alberto Alemán Arias as Vice Minister of Foreign Trade to replace Néstor González, who currently holds the position of Trade and Industry Minister .

The  Environmental Advocacy Center (CIAM) filed with the  Public Ministry a criminal complaint against the  Ministry of Public Works and the Ministry of Environment , for the alleged commission of the crime against the environment and territorial order, in the project to extend the avenue Omar Torrijos .

The entities that make up the international banking center obtained up to October an accumulated net profit of $ 1,501 million, a figure that represents an increase of 1.1% compared to the same period of the previous year.