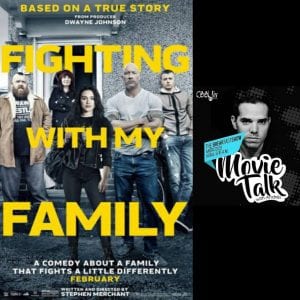 Andres Clemente is back with us this morning for the Movie review of the week, today it is “Fighting with my Family.” Directed by Stephen Merchant a story about a former wrestler and his family make a living performing at small venues around the country while his kids dream of joining World Wrestling Entertainment.

In the last hour today we chat with musician Ricardo Trelles,  Composer, Songwriter, Musician Guitar Player, Bass Guitar Player, Electronic Music DJ, Music Producer (Pre and Post Production). Music Marketing and Sales and Guitar Teacher. We talk about his music and he brings with him is guitar to play for us.

The lawyer  Jorge Hernán Rubio filed an appeal to revoke the decision of the fifth electoral judge,  Elvia Rengifo, who dismissed the challenges to the two candidacies for elected office of former President  Ricardo Martinelli.

The National Assembly has taken a step in the process to discuss the appointment of Luis Fernando Tapia as a replacement for the Criminal Chamber judge,  Jerónimo Mejía .

The Trial Court of the First Judicial District of Panama, chaired by Judge Roberto

Tejeira , ordered that the trial of former President  Ricardo Martinelli be held behind closed doors and without the presence of the media.

Representatives of six of the seven presidential candidates participated on Tuesday April 16 in the debate on “the future that awaits the maritime sector in the next five years.”

The Commission on Population, Environment and Development of the National Assembly that had been convened for this Tuesday, April 16, where the proposal of bill No. 167 declaring a protected area in the category of wildlife refuge on Boná Island was expected.