Wednesday 17th August 2016. Rummage through the music and the Internet. 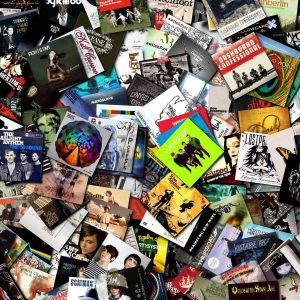 Apart from everything else happening on this day, it is black cat appreciation day! Having been the owner of a black cat called Jet I can speak from experience that he was not a bad luck omen!!

We rummage around the music collection and other stories on the Internet, and don’t forget today is Wednesday and that means? Canada report day with Michael!

The real beneficiary of Pele System, Inc. a company which obtained a controversial contract with the Panama Maritime Authority under the last government, remains a mystery. Lawyer Miguel Batista, who has been identified as the spokesman for the company, could not be contacted.

The Cocle entrepreneur Richard Fifer, president and legal representative of Petaquilla Gold, S.A., asked the Social Security Fund (CSS) to define what is the exact amount of the debt he has with the institution.

Lawyer Ernesto Cedeno insists on claiming from the Comptroller General of the Republic, the audit to the circuital items used by deputies during the last constitutional period.

Sectors of civil society have expressed fears that pending criminal cases against deputies for the use of state funds for political purposes in the 2014 elections will go unpunished.

The president of the Commission on Women, Youth and Family Affairs of the National Assembly, Dalia Bernal, reported that a consultative process will be conducted to amend the Family Code.

The Budget Commission of the National Assembly approved the budget of the Panama Canal Authority (ACP) for the 2016-2017 fiscal year.

Vice Minister of Public Security, Jonathan Del Rosario said that the presence of migrants in Panamanian territory poses no danger to the population, since the government maintains strict safety, health and migration controls across borders.

With a time of 20.19 Panamanian Alonso Edward ended in first place in the qualifying round of the 200 meter dash of the 2016 Rio Olympics.