This weeks Canada Report from Michael up there in the Great White North.

In the last hour today it is a big welcome back to Mariola Vasquez. Mariola is a partner of the law firm AFV Legal and to day we take a look at the law applicable to pensioner discounts. 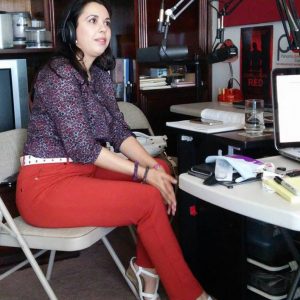 The Minister of Labor and Employment Development (Mitradel), Luis Ernesto Carles, described as unfortunate the position of the Panamanian Chamber of Construction (Capac) , which waited until dawn this morning after 17 hours of negotiation to say that they could not present another proposal to the workers without the authorization of their board of directors.

Authorities of the Social Security Fund (CSS) and the Directorate General of Revenues (DGI) held a meeting on Tuesday, with the purpose of seeking methods to prevent leaks in the income system of the CSS and tax evasion .

Televisora ​​Nacional, SA filed an unconstitutionality claim against the Electoral Code article that prohibits the dissemination of political polls within 20 calendar days prior to the general elections.

The regional director of Education of Panama Centro , Petra Serracín de Franco, confirmed the finding of a firearm in the backpack of an 8-year-old boy.

The State Commission Pact for Justice  will receive by April 30 the list of candidates for magistrates of the Supreme Court of Justice .

A judge of guarantees confirmed this Tuesday, April 17, the detention measure for three players of  Sporting San Miguelito accused of the alleged commission of crimes against individual freedom (kidnapping) and against the economic order (improper use of credit cards).  The decision was made during an appeal hearing on the applied measure.