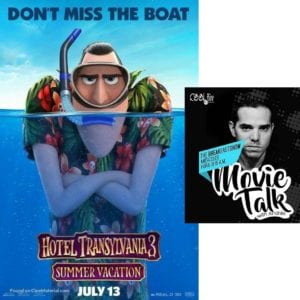 It is time for this weeks movie review with Andres Clemente. Not impressed! Hotel Transylvania 3, ” Hard to review a film, that’s clearly intended for the “12 or younger” demographic, but really great animated films tell a story worth watching regardless of age, (look no further than my review of The Incredibles 2 from a couple of weeks ago) So… had very low expectations going in, and sad to say movie met them completely. Standout animation from a tired franchise will not make a good film.” 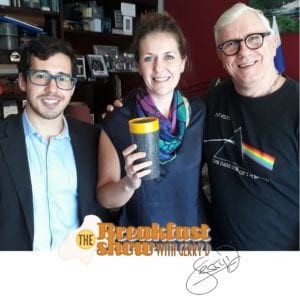 In the last hour I am joined by Alison Cross and Jose Benitez from the British Embassy, our topic, the incentive being undertaken by the embassy to get rid of single use plastics. Such items as disposable cups, straws, polystyrene food containers etc etc. We talk about to initiatives from UK companies, and also how Panama is reacting to what is a worldwide problem.

The Public Prosecutor’s Office (MP) reported on Tuesday, July 17, 2018, that it dismantled an alleged criminal network in the prosecutor’s offices of the fourth judicial district of Azuero (Herrera, Los Santos).

Not surprisingly The activity of the  Colon Free Zone (ZLC) was highly affected by the collapse of trade with Colombia and Venezuela, said the former manager of the Free Zone, Surse Pierpoint.

Judge Jerónimo Mejía , who acts as judge of guarantees in the process that is followed against former President Ricardo Martinelli , granted five working days to the prosecution and the defense of Martinelli so that they can agree on the “corrections” that should be made to the indictment.

After the signing of an agreement, this Tuesday, July 17, it was agreed to lift the strike that had been decreed by at least 13 contractors, Tanker truck owners, who provide potable water service to communities that do not have the supply and that are contracted by the Institute of National Aqueducts and Sewers (Idaan) .

305 police officers will guard the festivities of Santa Librada in the city of Las Tablas, province of Los Santos , from this Tuesday, July 17 until next Saturday, July 21.

Climate change affected more than 100 hectares of watermelon in the Pacific region of Azuero.

The mayor of the district of Los Santos ,  Eudocio Pérez , confirmed on Monday afternoon, the statue of Rufina Alfaro was vandalized, with spray paint.