Andres takes a look at “Fate of the Furious” which did break the record for making the most money over an opening weekend. Is it worth it? Check out Andres review. 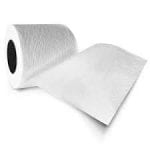 Believe it or not the subject of toilet paper disposal came up as well!

Michael is with us this morning for the Canada Report. What is happening in the Great White North?

In a unanimous vote, the Supreme Court dismissed, “for lack of adequate proof,” a criminal complaint filed against 13 deputies for alleged irregularities in the management of donations by the National Assembly.

The judge of guarantees that follows the case of the murder of soccer player Amilcar Henríquez and Delano Wilson, ordered the provisional arrest of an older adult and four women linked to the incident.

The plenary of the National Assembly Monday night approved on second debate the electoral reforms, accepting some modifications proposed by the judges of the Electoral Tribunal.

A group of Cubans who were housed in Caritas Panama have been taken to a shelter that the Panamanian authorities maintain in los Planes, Gualaca, Chiriquí province, where they will receive food and temporary accommodation, while defining their situation.

Yesterday, the National Cancer Institute (ION), through a statement, denounced a woman who posed as a patient. This same person managed to deceive journalists to acquire funds claiming that they would be for cancer treatments.

The Association of Residents and Physicians (Ameri) of the Social Security Fund (CSS) joined on Monday the indefinite strike of their colleagues at the Santo Tomás Hospital.

The Panamanian group Afrodisiaco announced through a press release its international tour ‘Viene de Panama’, which will begin in Morocco with the Festival Entrerritmos, a multicultural event celebrating ethnic diversity through music and dance.