It is the movie review of the week with Andres Clemente, this week it is Spiderman the Homecoming, For a change we had both seen the film did we like it? Take a listen to this weeks review. 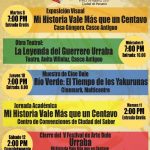 In the last hour today we welcome Ina Perez and Kubsob to talk about the Festival de Arte Dule. It is a week celebrating our indigenous communities and this year it is joined by an indigenous tribe from Costa Rica.  For a full list of the activities click the pic. 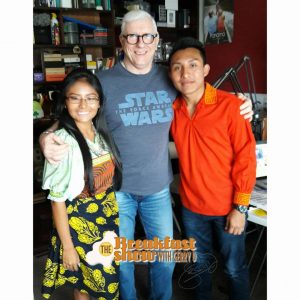 It is a Wednesday and at 8:30 it means only one thing, is is the Canada Report with Michael. So take listen to some of the things affecting life in the Great White North.

Former President Ricardo Martinelli Berrocal, who has been detained in Miami since June 12, pending extradition to Panama, asked Judge Edwin Torres of the Southern District Court of Florida to reconsider his decision not to release him on bail.

Once again, the presidential candidate for the Democratic Change Party (CD), José Domingo Arias, went to the Special Anti-Corruption Prosecutor’s Office for an inquiry regarding the alleged financing of his presidential campaign by Brazilian construction company Odebrecht.

The former rector of the University of Panama (UP) Gustavo García de Paredes was called yesterday for questioning by an investigation in the Anti-corruption Prosecutor Office, which attributes him the alleged commission of the crime of embezzlement, to the detriment of the University.

The President of the Supreme Court of Justice (CSJ), José Ayú Prado, asked the Comptroller General of the Republic to undertake ‘a correct’ audit of the budget items for the purchase of tickets and travel expenses paid by this institution during the period between January 2016 and January 2017.

Restaurants and companies that are dedicated to construction, commerce and services, among other activities, owe to the Social Security Fund $193.4 million in worker-employer quotas.

Cargo carriers protested on Monday against the entry into force of Law No. 51 of June 28, 2017, which regulates this type of transportation throughout the country. Despite the measure, the Land Transit and Transport Authority reported that the standard will not be reformed.

The Pilgrim Cross and the icon of the Virgin Mary arrived yesterday at the headquarters of the Santa María La Antigua Catholic University, as part of the National tour, prior to the World Youth Day (WYD), to be held in Panama in 2019.

The San Francisco de Asís Foundation (Fundasis) and the Panama Mayor’s Office will carry out a low-cost pet sterilization day in the Caimitillo sector of Chilibre, on Sunday, July 23.