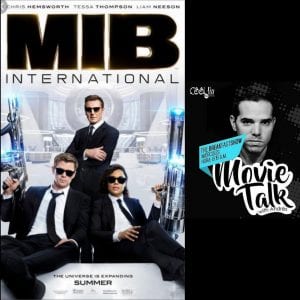 It is Wednesday and that means that we take a look at what is on at the movies with Andres Clemente. This week it is  “MIB International”. Good, Bad or Indifferent? “I believed that this franchise was going to miss Will Smith’s Agent J, but to my surprise the thing that was most apparent was the need of Tommy Lee Jones’ Agent K. Other than that, the plot is incredible predictable and shallow. All actors seem like they’re having fun, but feel like they’re not really invested. At the end, you will leave the movie theater with a bitter taste, and an inkling to watch the original film.”

The ex-leader of the Democratic Revolutionary Party (PRD), Mitchell Doens, one of the plaintiffs’ victims in the trial of  Ricardo Martinelli for alleged political espionage, indicated that the former president confessed that he had “wiretapped” him.

The National Assembly reiterated its refusal to allow the forensic audit ordered by the Office of the Comptroller General of the Republic to form 080, because the ruling of the Supreme Court of Justice that endorses said diligence “is not final or enforceable.”

The Panamanian economy deepens the deceleration trend which has been registered in recent years.

Up to the middle of the month of May eight deaths associated with influenza have been reported in the country, so the population is being asked to get vaccinated.

A fire in the well-known Fénix house started on Tuesday morning at 12 Federico Boyd Avenue, in the corregimiento of Barrio Sur in the city of Colón.