Busy little morning today, our usual slots for a Wednesday, the Movie Review with Andres Clemente. Today it is La La Land the movie that everyone is talking abour, but what does Andres think? He also takes a look at “Live by Night” written, directed and acted by Ben Affleck, which one did he not like? 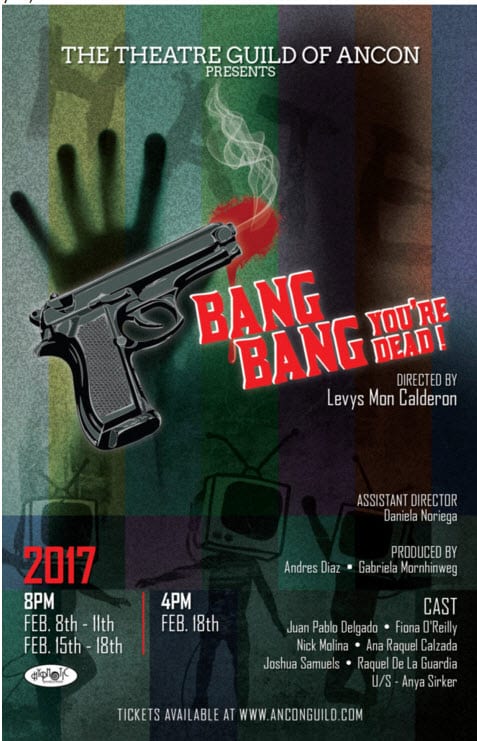 Last hour we move from the movies to the stage, the Theatre Guild of Ancon’s latest production directed by Levys Mon Calderon, “Bang Bang you’re Dead.” Find out about the topic, those involved in the production, dates and how to get tickets. Bear in mind it is PG13 rated. We chat to Levys and Keitha.

It is Wednesday, no Wednesday TBS would be complete without the Canada Report with Michael from the Great White North.

Six months after receiving a request for judicial assistance from Switzerland to determine whether former President Ricardo Martinelli received bribes from Odebrecht, the Supreme Court still has not responded.

On Tuesday, Riccardo Francolini and Jayson Pastor, the former chairman and general manager of Caja de Ahorros (CA) under Ricardo Martinelli, were taken to El Renacer Prison in Gamboa.

Yesterday, the Education Committee of the National Assembly approved in first debate the bill 421, which creates the Vice-Ministry of Educational Infrastructure.

The National Customs Authority reported the confiscation of various goods in the provinces of Panama and Colon.

A jury of conscience – composed of seven women – declared David Viteri, an informant of the United States Drug Enforcement Agency, not guilty of the attempted murder of Bruno Mackenzi, Jamal Lisandro and Erick Valiente.

The repair and maintenance of the control and surveillance post at La Barqueta Beach Wildlife Refuge, located in Chiriqui, is 90% completed. The project in the district of Alanje cost $21,560.