The Ministry of Health this Tuesday, did not notify deaths from covid-19 in the last 24 hours, but a deceased from a previous date was updated in the report for a cumulative of 8,255 deaths, for a lethality of 1.0%. There are 3,819 new positives cases reported from this Tuesday. 16,891 tests were applied in the country, for a positivity of 22.6%. It was also reported that there are 27,994 active cases. Of the active cases, 27,708 are in isolation and 286 hospitalized. Those who are in isolation are divided into 27,668 in their residence and 40 in the so-called hospital hotels. Meanwhile, those hospitalized are 253 in the wards and 33 in intensive care units.

The Electoral Court (TE) convened and regulated, by Decree No. 29 of this May 30 the general elections of May 5, 2024. In accordance with article No. 333 of the Electoral Code , the entity will establish the official calendar and will adopt all measures so that the elections are held within the established deadlines. Article No. 1 of the decree calls for the electoral process to elect the president and vice president of the Republic, 20 deputies to the Central American Parliament, 71 deputies to the National Assembly, 81 mayors, 701 corregimiento representatives and 11 councilors, all with their respective substitute.

The guarantee judge of the First Judicial Circuit of Panama, Hiroko Tinoco Naranjo, elevated the investigation being carried out into the Fisher operation to a complex case, through which an alleged criminal network dedicated to the transfer of drugs and money laundering was dismantled . In this way, the Public Ministry (MP) has an additional period of five months to conclude the investigation, reported the Judicial Branch. During a hearing held on Monday, May 30, 2022, the judge based her decision on the high number of defendants in this case. She also stated that a series of expert reports and analysis of information is pending, so, in her opinion, it is a complex investigation.

After two years of work, the approval of the board of directors and the delay – without explanation – for more than a year by the Cabinet Council to authorize the Social Security Fund (CSS) to contract its technological modernization plan , the director of the entity, Enrique Lau, is trying to change the amount and scope of the project to take it from $23.2 million to $28.9 million. During the last two weeks this has been a recurring theme in the entity’s board of directors, which did not give way to the reforms proposed by Lau, as was evident at the close of its last meeting. Through a vote, this collegiate would have to annul a first resolution in which the project was approved as it is up to now, in order to then approve the reformulation of the previously structured plan.

In the early hours of this Tuesday, May 31, a group of residents of the district of Barú, who are members of the Committee for the Economic Rescue of Barú (Coses), mobilized to Paso Canoas, where the vehicular passage on the Pan-American highway was closed. The riot police officers of the National Police reopened the International highway, so vehicular traffic in the area is normal. Meanwhile, the residents are meeting and awaiting the Government’s response to their list of 21 petitions. Through a statement issued this Tuesday, the Chamber of Commerce, Industries, Agriculture and Tourism of Chiriquí reiterated its opposition against the closure of land routes in all areas, specifically the Pan-American highway. The statement recalled that they interrupt the mobilization of all types of merchandise, equipment, people, patients, tourists, merchants and the general public. It also emphasizes that those actions cause millions of dollars in losses.

The General Directorate of Revenue (DGI) will soon order the suspension of the corporate rights of around 22,500 companies, Gerardo Herrera , director of the DGI Legal-Tax Department, confirmed to the La Prensa newspaper. These are companies that accumulate delinquencies for three years at a single rate, corresponding to the years 2019, 2020 and 2021. The suspension of corporate rights means, in practice, that the company cannot do business or dispose of assets. 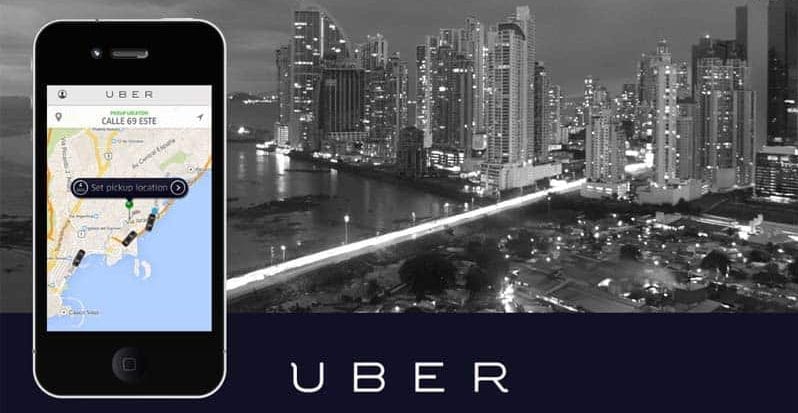 More than 45 million trips have been recorded by the Uber platform in Panama since it began operations 8 years ago, with more than one million users from 80 countries, highlights George Gordon, director of the platform for Latin America. The executive was in the country as part of the delegation of businessmen and investors at the Bloomberg New Economy Gateway Latin America meeting. Gordon, like other business leaders, analyzed the opportunities that Panama has to grow economically in sectors such as logistics, transportation and mobility, driven by technology. “The platform has had stability in Panama and that gives us the opportunity to continue investing, we have invested more than 25 million dollars in these 8 years thanks to that regulatory stability for business,” he said. However, it indicates that there is an intention to add additional regulation that may negatively affect operations. It was learned that the Transit and Transportation and Land Authority would be analyzing a proposal to regulate and repeal Executive Decree 331 that governs mobility platforms, which would include an operation certification for drivers, the obligation for platforms to nationalize and rate control. “We are concerned about this environment of regulatory uncertainty that exists,” added the director of Uber.