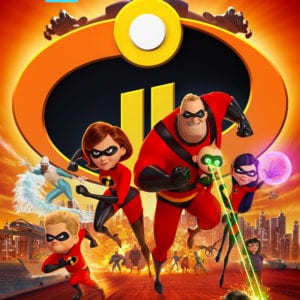 It is movie review time for this week and Andres has been to see Increbibles 2. It is fourteen years since the first Incredibles came to our screens. Does this one meet Andres’ high expectations?

He does not have “accounts, credit cards he has absolutely nothing”; he was anxious to return to Panama “to face the thousands of fallacies that this case contains”; Three years ago he suffered “no ailments”, and his problems began the day he announced his political aspirations for the year 2019.

The  National Police captured this Tuesday afternoon, the person identified as having allegedly shot a driver on the Omar Torrijos road, near the Paraiso sector, in the morning hours, after having an altercation.

Several roads were flooded yesterday afternoon, when heavy rains fell in the capital and other parts of the country.

The Emergency Operations Center of  the National Civil Protection System (Sinaproc) issued a warning on Tuesday for sea conditions, with waves of up to 4.5 feet on the Panamanian Pacific from June 19 to June 26.

The president of the Panama Metro, Roberto Roy, reported on June 19 that the adjustment to the Metro fare could be finalized later this year.