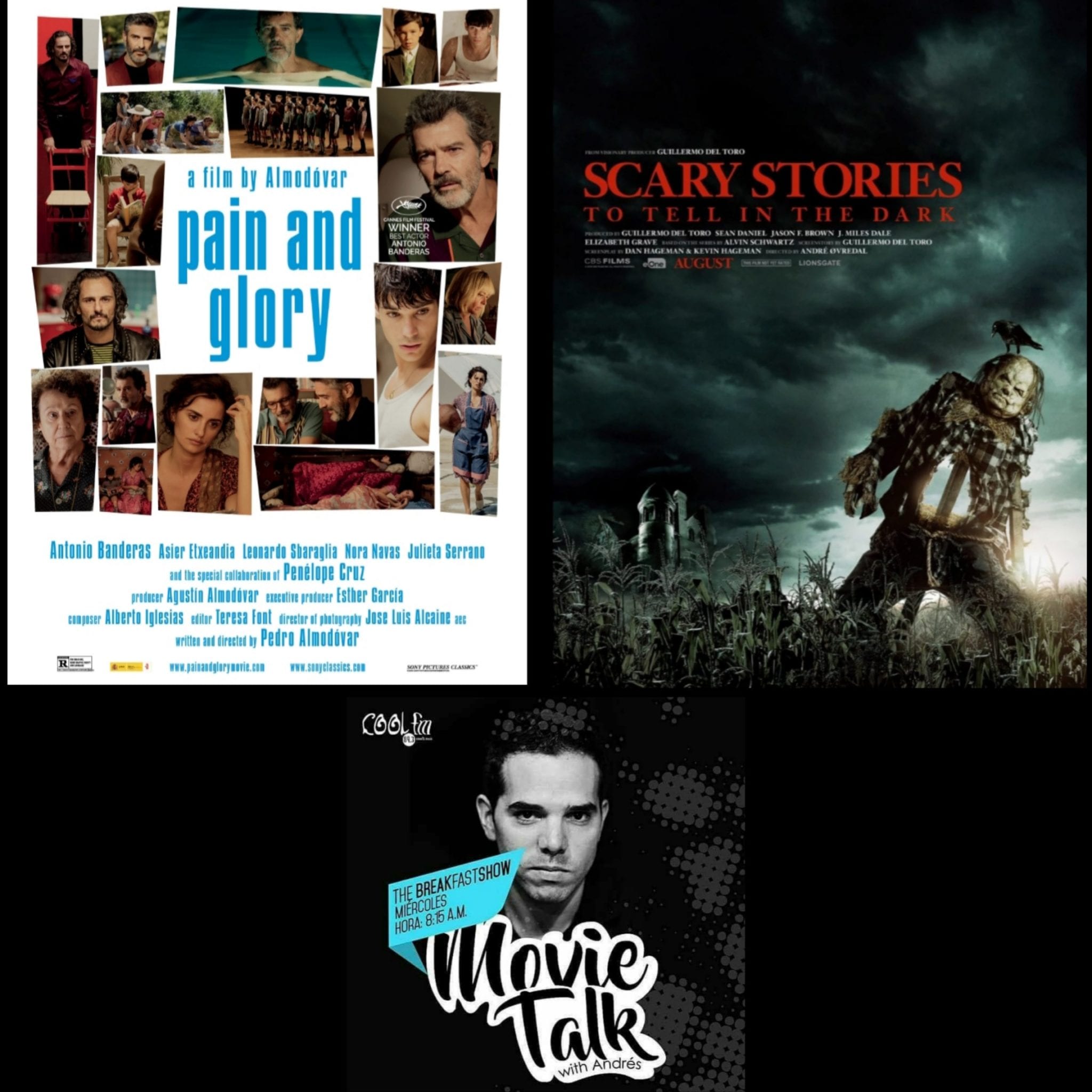 Great to have Andreas Clemente back with us this week after a couple of weeks break. To make up for it, two movies under the spotlight.

“Scary stories to tell in the dark”.   “Scary stories” is based on a kids book, but the filmmaker tries to have it both ways, present a scary movie for kids, but also appeal to adults. By doing this, he achieves neither. The films turns out to be too scary for kids and way too predictable for adults.

& “Dolor y Gloria”. Feels like an incredibly personal and intimate movie for Almodovar and the audience feels it almost autobiographical till the very end. Antonio Banderas plays completely out of type and in my opinion will receive an Oscar nomination for his efforts. Said that, the film would no be whole without the amazing supporting performances around him; every conversation, every line of dialogue has meaning and subtext, nothing is thrown away. A must watch at home with a nice bottle of wine. 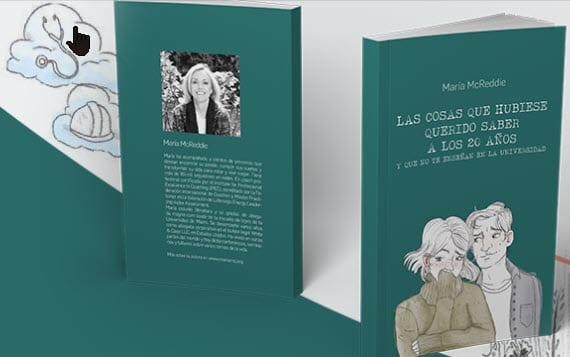 of Miami Law School. She worked for several years as a corporate lawyer at the White & Case LLC law firm in the United States. Maria has a YouTube and podcast channel, Maria Contigo, which is available on Spotify and Apple Podcasts. She also has a blog and collaborates with different media with a presence in Colombia, Argentina, Chile and Spain. She has lived in various parts of the world and today gives conferences, seminars and workshops on various topics of life.  She is also a graduate of the 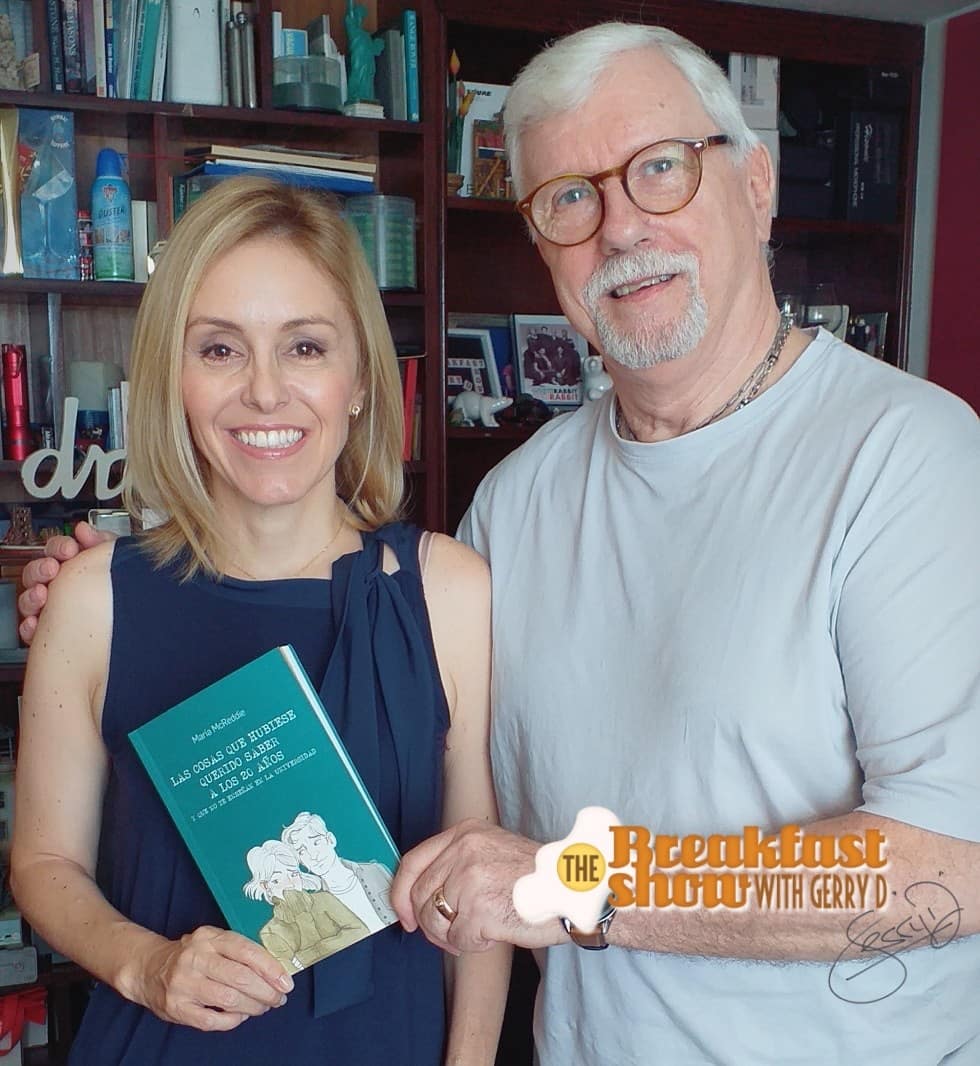 Tony Robbins Schools of Master of Life and Leadership Academy. There she trained in Leadership, Practical Psychology, Neurolinguistic Programming, Professional and Personal Development, Emotion and Stress Management, and Health and Wellness. Maria currently lives with her family in Panama. Having taken part in the Book Fair last week to day we talk her book “Los cosas hubiese querido saber a los 20 Aňos” and the life events that led to its publication.

The attorney general of the Nation, Kenya Porcell , filed a criminal complaint against the PRD deputy, Zulay Rodríguez, for alleged crime against honor (slander and insult) and against public administration (abuse of authority by a public servants).

Various groups of organized civil society held a peaceful protest on the steps of the Supreme Court of Justice, in rejection of corruption and request the “reconstruction” of the judicial system.

The National Minimum Wage Commission calculates that on November 20 of this year the entire schedule of meetings, analyzes and meetings can be scheduled to define the salary ladder that will be effective as of January 1, 2020.

The  Social Security Fund (CSS) reported on Tuesday, that it restored the service at the contact center for receiving telephone calls after having encountered problems.  “With this, users can access the services provided through this system,” the institution said in a statement. With this system, the insured have the possibility to manage their medical appointments, in addition to requiring information from other services.

The  Municipal Council of Panama approved on Tuesday, August 20, a resolution ordering the temporary suspension of the Lux and King’s College construction projects, both in Clayton, until possible “anomalies” reported by local residents are investigated.