Two great topics for this mornings program. A new website that is aimed at assisting you in finding the right solutions to your financial needs. The name of the site is finanzasparatodo.com. Talking to us about how it works and how it can help are the developers of the site (both with a banking background) Felix Hinner and Diego All Navos.

Our guest in the last hour is truly inspirational, Maickel Melamed  is a Venezuelan long-distance runner, motivational speaker, financing coach, teacher in philosophy and physiotherapist. Despite being physically disabled from low muscle tone, he has completed the New York City Marathon, Berlin Marathon, Chicago Marathon and the Boston Marathon. Maickel has also climbed Venezuela’s highest mountain, Pico Bolívar. As a consequence of complicated delivery due to nuchal cord, Melamed has generalized muscle hypotonia.

And as always a big thank you to Michael for this weeks Canada report.

The European Union is planning to meet with representatives of the Panamanian government as part of an investigation into alleged irregularities related to the Panamanian firm Mossack Fonseca.

The structural works at the Paso Canoas border will be completed in eight months, according to Gustavo Him, Panama Tourism Authority (ATP) administrator.

On Monday, the Ministry of Health (Minsa) formally requested an extra shipment of 1 million vaccines to the Pan American Health Organization, to continue the immunization of the population against influenza virus A (H1N1). 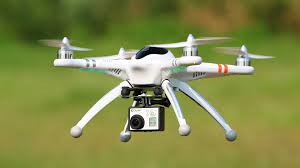 The Civil Aviation Authority has restricted the use of drones on June 25, 26 and 27 in the provinces of Panama, Panama West and Colón.

1,150 kilograms of fish fillets were incinerated, as they were contaminated with bacteria. In Bocas del Toro 8,000 plantains from Costa Rica were detected, which sought to enter the country without complying with sanitary standards. These actions were taken by the Panamanian Food Safety Authority (AUPSA).

Reports of traffic violations may be sent to the Transit and Land Transport Authority (ATTT) through a new mobile application called “Citizen Inspector”, which will begin operations on August 1.

Some 41,000 people, among them teachers, students and administrators, are eligible to vote in the University of Panama elections that will be held on June 29.

Twenty government agencies have joined forces to form the Joint Task Force that will be responsible for the security before, during and after the inauguration of the Canal expansion.