Wednesday 22nd May 2019. Work and relax at the Westin and Making Movies the Group. 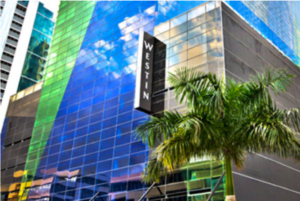 Esteban Ulate the Quality Assurance and Brand Manager from the Westin Panama at Costa Del Este chats with us about the brand and the wellness program, also the program for Black Ethnicity Dau. The perfect location for business and pleasure. 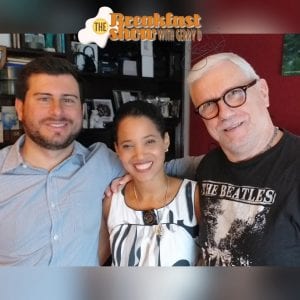 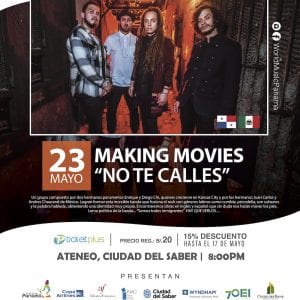 In the last hour Enrique Chi and Carlos Chaurand from the band “Making Movies” are with us. They will be performing tomorrow the 23rd at the Ateneo Theatre in the Cuidad del Saber. We

find out about how the group was formed, why their particular genre? Collaborations, in particular their latest with Panama icon Ruben Blades. Their new album is out this week so make sure you get a copy….

President  Juan Carlos Varela received his successor Laurentino Nito Cortizo at the headquarters of the video surveillance center “C5” of the National Police, in Ancón, this Tuesday.

The President of the Republic, Juan Carlos Varela , announced that this today he will convene the National Assembly to extraordinary sessions to discuss several issues that remained pending, including some ratifications.

The vice president and foreign minister of the Republic, Isabel de Saint Malo de Alvarado, reiterated on Tuesday that she asked the president,  Juan Carlos Varela, to withdraw her name from the list for the board of directors of the Panama Canal Authority (ACP) because the waterway deserves nominations that generate consensus.

Laurentino Nito Cortizo , President of the Republic as of July 1, will announce this Wednesday May 22 the names of seven State Ministers and two directors of institutions of his next government.

Judge Roberto Tejeira denied Tuesday, May 21, that the testimony of Iris González, former chief information officer of the National Security Council (CSN), during the oral trial of Ricardo Martinelli was behind closed doors as requested by the Public Prosecutor’s Office.

The  Panama Canal Authority (ACP) informed the shipping community that due to the rains of recent days the draft adjustment to 43 feet that was scheduled for May 28 was postponed to June 12.