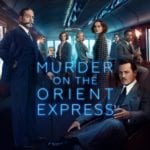 Andres Clemente’s Movie Review, and this weeks we take a look at two movies. Another remake of Murder on the Orient Express Directed and starring Kenneth Branagh. A forgetful but well acted adaptation, 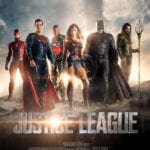 wait for Netflix seems to be the verdict. A very disappointing Justice League, and we know how much Andres loves a good super hero movie! 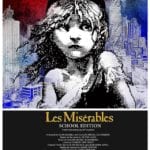 In the last hour today from screen to stage as we welcome from the International School Ron Vico, Hannah Hunter and Chloe Martindale. It is no easy feat putting on a show of the stature of Les Miserables. Well they have  done it and very well from all accounts. 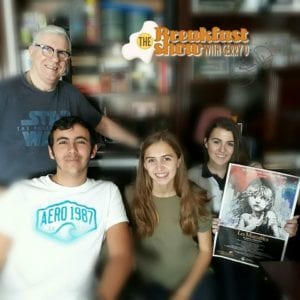 Yesterday, the hearing of former president of the Panamanian Football Federation (Fepafut), Ariel Alvarado, was suspended.

Yesterday, the government of Juan Carlos Varela inaugurated the Consulate of Panama in Shanghai, and appointed Nicolás Saval Zimmermann as head of that office.

Gilberto Ventura Ceballos, the alleged murderer of five young people from La Chorrera, will declare himself “innocent” during the trial scheduled for tomorrow. This was announced by his lawyer Rogelio Cruz. 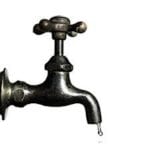 The Ministry of Public Works (MOP) is carrying out highway infrastructure works that amount to $2,000 million in the capital district, including the fourth bridge over the Panama Canal, which absorbs 50% of the total amount, and the construction of the third line of the Metro de Panama.

The Federico Guardia Conte water treatment plant, located in Chilibre and which supplies the metropolitan region of the country, will be out of service for 18 hours this Sunday, November 26.

Next Sunday, December 10, the Steps Dance Academy will perform an innovative show. It is ‘Clara and the music box’, a piece with an original script, based on the musical composition of the classic ballet ‘The Nutcracker’, by Tchaikovsky.