Wednesday’s in the second hour of the program we take a trip to the movies with Andres Clemente. This week “How to train your dragon: The hidden world” 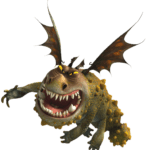 “Even though its not the most succesful, its still the strongest and best franchise Dreamworks Animation develops. The Third and hopefully the last installment is a great conclusion to the story of Hiccup and Toothless; they found each other, formed an inseparable bond and grew into the people and dragon they were meant to be. You can’t ask for a better end to this high flying, beautifully animated set of films. The landscapes and worlds created alone are worth the price of admission.”

The six-hour blackout on Sunday could have incurred the country losses of up to $ 7. 8 million.

After the blackout last Sunday, the deputies made the decision to call to the plenary of the  National Assembly  the administrator of the Public Services Authority (Asep) , Roberto Meana and  Gilberto Ferrari general manager of the Electricity Transmission Company ( Etesa) to answer a 11 question questionnaire related to the generation, commercialization and tenders of the electricity sector.

The plenary session of the  National Assembly resumed on Tuesday, January 22, the discussion in the second debate of the bill N ° 591 that seeks to penalize tax evasion.

The Panamanian Institute of Sports (Pandeportes) , under the public eye for the scandal of the funds allocated to the federations, is one of the least transparent entities of the State, according to the latest report of the National Authority of Transparency and Access to Information ( Antai) .

One million 500 thousand quintals of corn, corresponding to the harvest of the agricultural period 2018-2019, were negotiated at a price of $17.50.

Pope Francis will make several tours during his participation in the World Youth Day, from January 23 to 27.

The island of Taboga is preparing to receive on Friday, January 25, about 1,800 pilgrims from countries such as Chile, Honduras, Nicaragua, El Salvador and Costa Rica, who travel on board a cruise ship that will dock at 8am