[/vc_column_text][thb_gap height=”75″][vc_column_text]Wednesday is Movie Review day, Canada Report and in the last hour today we talk comedy with Jorrit. 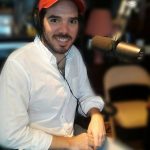 Starting with the movie review Andres Clemente takes a look at “Fantastic Beasts and where to find them” take a listen to the review and Andres advice if you really want to enjoy it, don’t think you are going to see a Harry Potter movie. 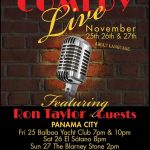 In the last hour Jorrit is with me to talk about the Stand Up comedy show that he has brought to Panama, comedians from both the US and from the UK, promises to be a good night out click on the poster for a full view and click HERE to go to the Facebook Page.

Canada report time, each Wednesday Michael keeps us informed on life in Canada.

The Superintendency of Securities, under the command of Marelissa Quintero, has called for a judicial inquiry into the handling of the Financial Pacific case by her predecessors at the agency

Yesterday, tropical storm Otto became the seventh Atlantic hurricane and is heading for the coasts of Central America, the National Hurricane Center in Miami said.

The President of the Republic, Juan Carlos Varela, has asked the population for the rational use of drinking water.

A Dominican judge has ordered three Venezuelans and a Panamanian at a baseball academy run by the Texas Rangers to be held as part of an investigation into an alleged sexual assault against six teammates in a hazing incident.

The committee of independent experts concluded that it is necessary to update the policies that regulate the practice of law in Panama, so that lawyers who advise international users maintain high standards of ethics and professional performance.

Pope Francis has chosen the theme for the 34th World Youth Conference that will be held in 2019 in Panama.

An educational project has been gaining ground in the field of entrepreneurship in Panama. It is Ayudinga, a portal in which young people teach other young students ‘difficult’ courses. Now they have added another triumph: they won the #UberPITCH, during the global week of entrepreneurship.