Wednesday 24th May 2017. King Arthur under review and Insula live on TBS.

Andres Clemente is back with us for this weeks movie review. I guess definitely a movie to miss King Arthur directed by Guy Richie only received 5.5 out of 10. 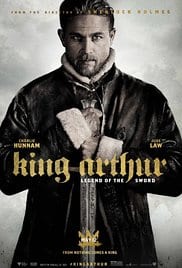 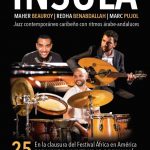 In the last hour the group “Insula” is in the studio together with Cindy and Juliet from Alianza Francesa. Three guys Maher, Marc and Redha who make up Insula will be playing at the Panama University tomorrow night, a wonderful fusion of Middle East and Caribbean flavors. Don’t miss it and listen to Redha play the Oud (Mandolin) live here in the studio.

Although victims of wiretapping during Ricardo Martinelli’s government welcomed the news Monday that Interpol issued a red alert for the location and detention of the former politician, they said that justice has been delayed in the case.

Some criminal activity registered in recent days have as a common denominator the participation of foreigners, which is alarming the population.

The modernization and professionalization of the management of the water and sewer agency Idaan is an “urgent matter” and its delay will have consequences for the country in economic and health terms.

More than a hundred educators from the Instituto José Dolores Moscote decided to lift the strike they had for 48 hours, after holding a general assembly.