It is Movie Review time again. Not so m 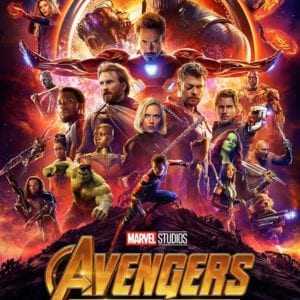 uch of a review but a lead up to the release of “Avengers Infinity Wars”. A movie with six super heroes not to mention the Guardians of the Galaxy. According to Andres, you don’t need to watch all the eighteen movies that have gone before seeing this one, only five. We will let you know what we think next week.

We also catch up on the happenings in Boquete with Chris Young. You must take a look at the furry welcome you get on your arrival at the visitors center as you enter Boquete. It’s a family group of what we refer to as Coati Mundi.

A big thank you as always to Michael for this weeks look at the happenings in Canada.

The Minister of Economy and Finance, Dulcidio De La Guardia , said that the  Directorate General of Revenues (DGI) is investigating the irregular collection by officials of the entity for issuing Paz y salvo certificates and exception for foreigners.

The negotiating table between the  Panamanian Chamber of Construction (Capac) and the Single Trade Union of Construction and Similar Workers (SUNTRACS) , which had resumed sessions in the morning yesterday, decreed a new recess until today in the afternoon.

The repeal of the contract law of the company PSA Panama International Terminal , which operates a container port in Rodman, establishes “a precedent of errant legal security that could scare away Panamanian and foreign investors,” said the  Association of Users (AU) of the Colon Free Zone .

The plenary of the National Assembly yesterday approved on third and final debate the bills number 581 which regulates blood services and blood transfusions , and number 539 established by the Board of Hemocentro National .

Venezuelan President Nicolás Maduro said on Tuesday he expects a call from his Panamanian counterpart, Juan Carlos Varela, to resolve the diplomatic and commercial conflict that confronts them as soon as possible.

The former player of the Panamanian Football League Gilberto Salas died on Tuesday afternoon, in the area of ​​Villa Lorena, in Rio Abajo.