Welcome back for this weeks Movie Review with Andres Clemente; Skyscraper… 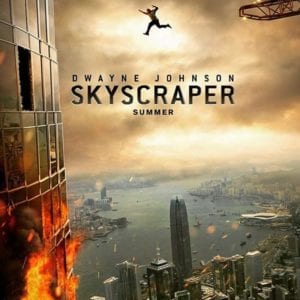 “There is a difference between survival and superhero film, sadly this film presents itself as a former, but it delivers the latter. It turns a dad into the Hulk and superman put together so the movie looses its high stakes and emotional resonance. Fun popcorn film on occasion but it doesn’t holed a candle to the original “stuck in a building with terrorist” film: Die Hard.”

Spanish for the Executive!

Sam and Natalie are with us to explain the courses that they have to help company executives find the Spanish they need to get by. Also a review of their programs and how to get in touch.

The hearing of the former Panamanian President,  Ricardo Martinelli , for the alleged phone tapping -which was due to take place on Tuesday, July 24, in its intermediate phase- was suspended.

After 8:00 am on July 24, in the Fourteenth Criminal Court, the hearing was resumed for an alleged case of embezzlement in the Caja de Ahorros, in which the anti – corruption prosecutor Tania Sterling yesterday asked to be called to trial 16 people, including individuals and former employees

The comptroller Federico Humbert presented yesterday in the Supreme Court of Justice (CSJ) two complaints for the alleged commission of crimes against the public administration against deputies Marylín Vallarino (CD) and Felipe Vargas (PRD).

After the protest made by hundreds of drivers at dawn on Monday, July 23, the  Transit and Land Transportation Authority (ATTT) announced the extension of the lane change schedule from Panama West to the city.

Yesterday, July 24 and on July 26 and July 31, the closure of the Gamboa bridge , located in the village of Ancón, will be carried out due to maintenance work on the structure, reported the Administrative Unit of Reverted Property (UABR) .