The epidemiological report of the Ministry of Health (Minsa), this Tuesday, November 24, registers 1,272 new cases of Covid-19, after 9,620 tests were applied to detect the virus in the last 24 hours. This figure increases the accumulated cases of infections to 156,930. The percentage of positivity was 13.2%, said Lourdes Moreno, an advisor to the Minsa. The last reported deaths are 13 (11 of the last 24 hours and 2 from previous dates) and the deaths, since last March when the virus arrived in the country, now totals 2,986.

On the eve of a march against same-sex marriage, billboards for the Yes, I accept campaign have been removed from the route. Last Monday, November 23, shortly before midnight, videos circulated on social networks where the removal of the posters placed at bus stops of the campaign, promoted by Fundación Iguales, which seeks to raise awareness about equal marriage and the law to civil marriage. 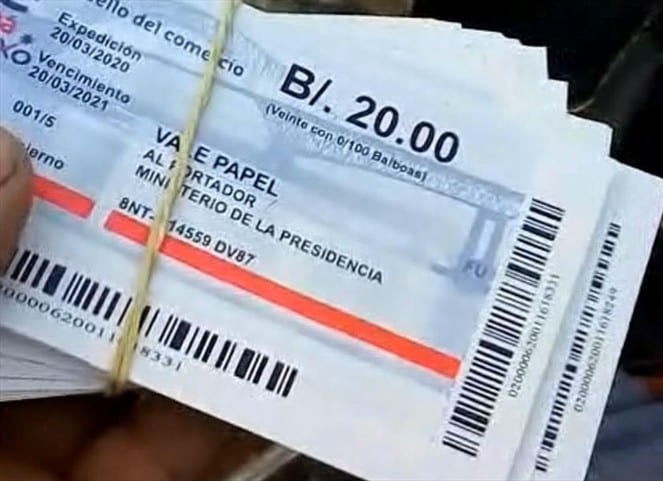 At least 135 complaints about possible irregularities in the delivery of bonds and vouchers of the Panama Solidario plan were accepted by the Comptroller General of the Republic . A report published on the website of Comptroller shows that to date, of the 135 complaints, 33 have already been closed and 102 are under investigation. No details are reported.

The Second Superior Court of Justice found that the sixteenth criminal judge Enrique Pérez did not make a correct assessment of the testimonies contained in the process followed against the former Deputy Minister of Social Development (Mides), Zulema Sucre, when giving an acquittal.

The director general of the Social Security Fund (CSS), Enrique Lau Cortés, reported on Tuesday, that they will hire 30 general practitioners to support the intensivists in the Covid-19 area of the Arnufo Arias Madrid Hospital Complex.

Between January and October 2020, the Panama Maritime Authority (AMP) obtained a total collection of $ 107 million as a result of the income from the flagging of ships, documents for seafarers and payments for port concessions, among others.

The special commission investigating the 1989 US invasion received government funds to continue with the identification of the victims of that military operation, a task that was threatened by lack of money, a group leader reported Tuesday.