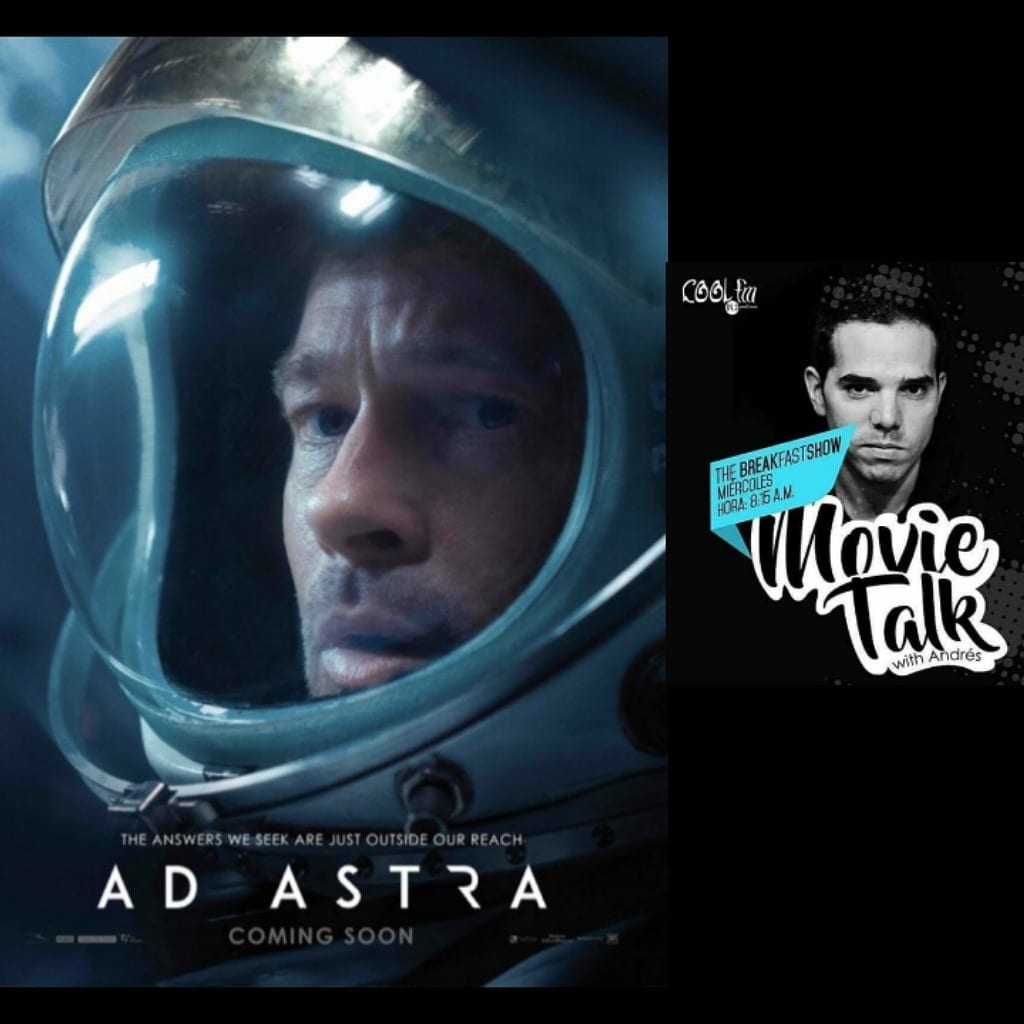 Happy birthday Andreas! What a great way to celebrate here on TBS. the movie under the spotlight today is “Ad Astra” staring Brad Pitt. “A very personal film inside a remarkable space epic. The film creates a mood from the very beginning, and it keeps you more enganged with the character arc than the beautiful world it created. With Once Upon a Time in Hollywood and Ad Astra, we’re firmly in the year of Brad Pitt. Take advantage and don’t miss this film on an IMAX screen.”

A fascinating interview with my guest in the last hour today,  photographer Vincent Roseblatt whose exhibition will be shown at the Centro Cultural Internacional the inauguration of which will be tomorrow 26th September at 7pm. And from the French embassy Quentin Blanchet.

Vincent moved to Rio de Janeiro and in 2002 set up a photography workshop called Olhares do Morro on the hills of Santa Marta favela, providing a place where local youth could find their own expression and study photography. Some have grown into extremely talented and successful photographers.
The international press has regularly singled out their portfolios due to their immediacy and authenticity.

Since becoming an association, Olhares do Morro has exhibited at the Unesco headquarters in Paris (2004), Rencontres d’Arles photography festival, Art Basel Miami Beach as art institution (2005), and in Stockholm (2006) and Brasilia (2007). The project ended in 2008.

Whilst working as a photojournalist, Vincent has documented the underground scene of Bailes Funk and urban fringe culture in Brazil.

The Office of the Comptroller General of the Republic clarified this Tuesday, September 24, that “on its own initiative and not at the request of the Public Prosecutor’s Office”, it conducted an audit with respect to the management of the funds of the Panamanian Sports Institute (Pandeportes) , which is showing “discrepancies” of $ 13.2 million.

Samira Gozaine, director of the National Migration Service (SNM), who had been summoned to the Commission of Women, Children, Youth and Family of the National Assembly to answer questions about human trafficking, did not attend the appointment. The commission chaired by Deputy Zulay Rodríguez, of the Democratic Revolutionary Party (PRD), set a new date: next Monday, September 30 at 2 pm

The senior drug prosecutor, Markel Mora, presented this Tuesday, the final allegations in the oral trial that takes place in the El Gallero case.

Ricardo Martinelli  requested that substitute magistrate Wilfredo Sáenz be removed from the appeals for annulment and appeals filed by the Public Prosecutor and the complainants, against the ruling that on August 9 declared a verdict of not guilty of political espionage and peculation crimes .

Representatives of the Unified Civil Society protested this Tuesday, September 24, on the premises of Simón Bolívar Avenue, near the Arnulfo Arias Madrid Hospital Complex for the lack of medications for human immunodeficiency virus (HIV) therapies.

To date, 1,689 cases of dengue are confirmed in the country, according to the epidemiological week report 37.

The singer-songwriter and composer Rubén Blades  was nominated this Tuesday, September 24, for two Latin Grammy Awards by the Latin Academy of Arts and Music Sciences.