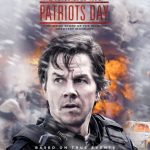 Andres takes us to the movies this week it is a review of “Patriot Day” staring Mark Wahlberg and directed by Peter Berg. Strange choice for a movie really as its subject matter is still fairly recent in everyone’s mind (The Boston Marathon Bombing), so why go to the movies to see an event well documented on the Internet?

Gerry actually did his Netflix homework and watched “Charlie Wilson’s war.” An enjoyable look at what happened behind the scenes of one of the largest ever covert operations (Afghanistan). Well acted by Tom Hanks, Philip Seymour Hoffman (my favorite part) and Julia Roberts.

Being Wednesday we catch up on what is happening in the Great White North with Michael.

An apartment valued at several million dollars and located in the exclusive El Retiro neighborhood of Madrid, belonging to Ricardo Alberto Martinelli Linares, was apprehended yesterday as part of the investigation into bribes paid by Odebrecht.

Carlos Carrillo, defender of Ricardo Martinelli Linares, son of former president Ricardo Martinelli Berrocal, said that so far they have not been notified of the apprehension of an apartment and several bank accounts of his client in Spain by the Public Ministry.

A newly-implemented laboratory test has been able to prevent new outbreaks of bovine tuberculosis reported in the country.

The Ministry of Health (Minsa) and the Social Security Fund (CSS), carried out a preventive health census in the town of Monagrillo in the province of Herrera.

The Panamanian Metro S.A reported that one of the new trains with capacity for 3 wagons that the company acquired to solve the high demand of the users is already on Panamanian soil.