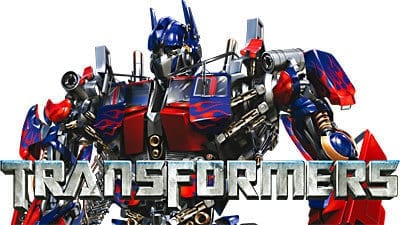 Andres Clemente is back with this weeks movie review. Not so impressed this week with Transformers the last knight. Listen to the program for the full review. Also both Andres and Gerry watched Okja, good but a strong content, a movie to make you think.

In the last hour today we talk Orchids. Luiz Alexis Ramirez, for someone who originally did not like flowers he has certainly become an orchid expert. This Saturday and Sunday there is the 2017 Orchid Expo at the Shrine building in Albrook. Find out a bit about orchids and the event HERE.

As always on a Wednesday we catch up on the happening in the Great White North. It is this weeks Canada Report with Michael Droulliard.

The investigation of Odebrecht’s payments to Panamanian and foreign officials and individuals, mainly through Constructora Internacional del Sur, S.A., has revealed the presence of “a possible organized crime group.”

Yesterday, the Budget Committee of the National Assembly was installed in the presence of the President of the Legislative and Ministers of State.

The third judge of criminal circuit Mauricio Ruiz read out on July 25, 2017, the appeal to the mayor of Arraiján, Pedro Sánchez Moró, and Omar Ruglianchi, head of Human Resources, for the alleged commission of crimes against the public administration.

Former Minister of Economy and Finance Frank De Lima says that it is not correct for the state and banks to “take away” houses from Panamanians.

Fifth Criminal Judge Enrique Paniza lifted the precautionary measure of house arrest against Alejandro Garuz, former secretary of the National Security Council, and replaced it with an impediment to leave the country without judicial authorization and the obligation to report on the 15 and 30 of each month.

Yesterday, the Government of the Republic of Panama announced the opening of the Panama Embassy in China, having previously fulfilled the formalities and required terms, announced the Ministry of Foreign Affairs.

A total of 2 thousand 59 job vacancies exclusive for Panamanians, in different economic activities, are kept in the database of the Labor Intermediation Department of the Ministry of Labor and Labor Development (Mitradel).

It is a virtual community with accounts in Facebook, Instagram, Twitter and a web page that through graphical and concise publications explains cases and situations of general interest.