We start the second hour with Andres Clemente and this weeks Movie Review. 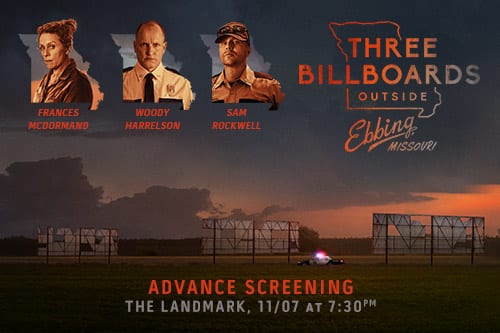 The main topic of conversation this morning “Three Billboards Outside Ebbing Missouri” is it as good as we have been led to believe? Listen to what Andres has to say. 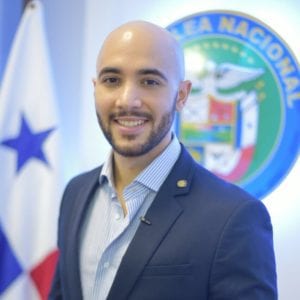 In the last hour today I have the pleasure to meet for the first time Edison Broce Urriola. Edison is an aspiring young politician, currently the “Suplente” (substitute) for one of the presiding legislators. This means that when the legislator cannot attend the parliamentary sessions Edison will stand in this place. Edison was the proponent of the Recycling Law presenting it in 2014. After sitting dormant for a couple of years, it was revived and has now been passed into law. A young man passionate about making change.

No Wednesday is complete without tuning into Michael Drouillard  and  the Canada Report.

The Government Committee of the National Assembly approved yesterday the creation of a subcommission that will be in charge of analyzing bill No.597 that proposes to introduce in the criminal legislation what is known as “civil death”.

Personnel of the Office of the Comptroller General of the Republic delivered yesterday the documents of the audits of the Communal Boards and Municipalities to the Attorney General’s Office.

A resolution of the Third Chamber of the Supreme Court of Justice (CSJ) ordered the president of the National Assembly, Yanibel Ábrego, to suspend the election of new members of the Credentials Committee.

The president of the Dubai Chamber of Commerce, Majid Saif Al Ghurair, announced the opening of an office for their chamber in Panama.

The Panamanian Parliament adjourned yesterday the discussion on a bill that seeks to legalize the consumption of liquid marijuana for medicinal purposes and end the smuggling of these products in the country.

Due to the complexity of the work to reinforce the 30-inch pipeline that was damaged last Thursday, February 22, in the area of ​​via Brazil, the staff of the National Institute of Aqueducts and Sewers (Idaan) began a day of work that went on until 2:00 a.m.

Two new cases of hanta virus were reported yesterday in the district of Las Tablas by the health authorities of the province of Los Santos.

The Ministry of Environment (MiAMBIENTE) and the Foundation of the International Film Festival of Panama (IFF Panama) signed an agreement yesterday to promote environmental culture through an “agenda” at the festival, which includes the celebration of a gala at the Balboa Theater, a green carpet and the programming of world-renowned films on this subject.