In the epidemiological report of the Ministry of Health (Minsa) of this Tuesday, July 27, it was detailed that in the last 24 hours, 13 new deaths have been reported due to Covid-19. With these new deaths in the country there are 6,781 accumulated deaths, for a fatality of 1.6%. While 1,110 new cases of infected were detected. According to the Minsa, to date there are 12,828 active cases and a total of 1,267 patients recovered from the disease are reported. Also in the country there are 411,945 people recovered from the new coronavirus. This total number of cases represents 95.4% of the patients. The report highlighted that in epidemiological week number 29 a slowdown in cases has been detected in all regions of the country, except in La Pintada, in the province of Coclé due to the celebration of an unauthorized activity. This week there is also a slight decrease in the effective reproduction number (Rt) of 0.03, that is, it went from 0.99 to 0.96. In most regions of the country the Rt is less than 1, it is only reported that in the province of Veraguas and in the district of San Miguelito it is greater than 1. While in home isolation 11,879 people are reported and in the so-called hospital hotels there are 326. In addition, there are 502 people in a hospital ward and 121 in intensive care units.

A lot containing 456.300 doses of vaccine from Pfizer against Covid-19 arrived in the country on Tuesday, the second largest shipment received since starting the immunization process in January. In the cargo terminal of the Tocumen International Airport, Health authorities received the batch which will be used for the vaccination strategy for sweeps at the national level and which continues today. 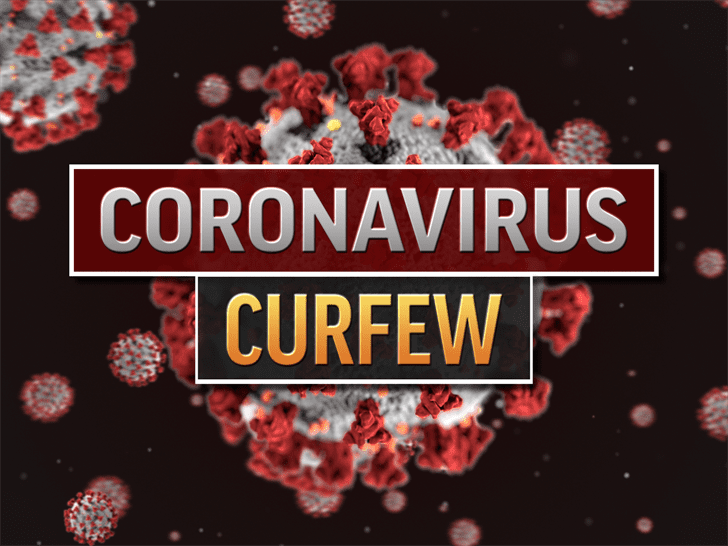 The Vice Minister of Health, Eyra Ruiz , affirmed this Tuesday, July 27, that the current mobility restrictions to stop Covid-19 will be gradually lifted and that this will occur as the vaccination of the population progresses. At the national level, the authorities have established different curfew times, depending on the epidemiological situation of the virus. For example, in the metropolitan area the curfew is from 12:00 a.m. to 4:00 a.m., while in San Miguelito and Panama North it goes from 10:00 p.m. to 4:00 a.m. Ruiz argued that when enough progress has been made in vaccination then the four-hour curfew in Panama City would be released.

“In my administration, you do not listen outside of court orders, this has not happened and it will not happen.” This was expressed this Tuesday, by the President of the Republic, Laurentino Cortizo, who was questioned by the media about the recent statements made by former president Ricardo Martinelli , accused for the alleged commission of crimes against the inviolability of secrecy and the right to privacy, and monitoring without judicial authorization. “I can guarantee the country that in my administration there has not been and will not be [wiretapping]. I want it to be clear, ”said Cortizo, after Martinelli pointed out the vice president of the Republic, José Gabriel Carrizo, of supposedly being behind actions of this type.

The director of the Social Security Fund (CSS), Enrique Lau Cortés, revealed that a $ 25,000 fine was imposed on the Democratic Change party (CD) for late payment of fees. He indicated that after an audit it was determined that the debt, which amounts to $ 422,596, is from the period of January 2010 to October 2015. For her part, Yanibel Ábrego, general secretary of CD, said that the Supreme Court of Justice did not admit the protection that the party presented for the fine. “Mr. Director, I demand that you take all the legal actions to collect,” Ábrego requested during a session of the Budget Committee of the National Assembly. In a statement, the CD Secretariat for Legal Affairs described Ábrego’s comments as “irresponsible, insulting and unfortunate”. “For political reasons, she lies and tries to hold the current Board of Directors, of which she is a part, responsible for an outreach made by the Social Security Fund to the Democratic Change Party in the period from 2010 to 2015. During said period, the president and legal representative of the Board of Directors was Ricardo Martinelli Berrocal ”, he points out.

President Laurentino Cortizo assured this Tuesday, July 27, that he has no doubts that the negotiation with Minera Panama to draft a new contract will be “good” for the country. It will be “a win-win,” he said, recalling that a high-level commission has already been installed to renegotiate the new terms. “It is going to be a very interesting negotiation,” he added.

A bill that seeks to restore November 1 of each year as the Day of the Boy and Girl in Panama advanced this Tuesday, within the National Assembly . This is the measure of law 44, which was adopted in the morning by the Commission for Women, Children, Youth and the Family.