Movie Review with Andres Clemente, in

This weeks look at what is happening in the Great White North. Michael’s look at life in Canada. 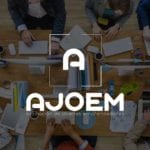 In the last hour of today’s program, Luis Felipe Cruz and Stephanie Bradick from the NGO AJOEM which helps young Panamanian entrepreneurs

develop. We talk about the philosophy behind the NGO, how it functions and how it helps young people with aptitude develop their skill and projects.

A total of 12 groups of organized civil society met Tuesday morning, March 27 at the headquarters of the General of Workers of Panama Center to express their concern that the National Assembly refuses to be accountable with regard to the management of funds used in donations and contracts between 2014 and 2017

The deputies of the Government Commission of the  National Assembly rejected on Tuesday, March 27, the bill that reconfigures the electoral circuits ahead of the 2019 elections.

The Commission of Credentials, Regulation, Parliamentary Ethics and Judicial Affairs dismissed six complaints: three against the President of the Republic, Juan Carlos Varela ; one against the vice president and foreign minister of the Republic, Isabel de Saint Malo de Alvarado , and two against three magistrates of the Supreme Court of Justice: Cecilio Cedalise ,  José Ayú Prado and Luis Ramón Fábrega .

The Ministry of Education (Meduca) reported Tuesday, March 27, that milk that was fortified with Omega 3 was temporarily withdrawn from schools.

The compliance judge Elizabeth Berroa denied yesterday afternoon Tuesday, March 27, the application for community work presented by the former world boxing champion Celestino Pelenchín Caballero , who was sentenced last February to five years in prison for the commission of crimes related to drugs

At least 12 alleged gang members were apprehended at dawn on Tuesday, March 27, in an operation carried out by the Public Prosecutor’s Office, the Directorate of Judicial Investigation and the National Police.

A practical and effective team from Switzerland showed Panama that the 2018 World Cup in Russia, is serious and difficult to face. This Tuesday, March 27, both football teams played in a friendly match and the Swiss eleventh beat Panama with a score of 6-0.