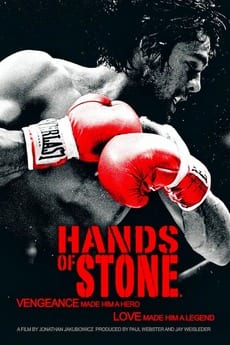 First of a new segment on this mornings program, Movie Review with Andres Clemente, today’s movie “Hands of Stone.” A film about the life of Panama boxing legend Roberto Duran. Pretty much slated by the international critics, will if fare any better with Andres?

Wednesday at 8:30 it is that time of the week to catch up on life in Canada with this weeks Canada Report from Michael Droulliard.

Analida Martinelli, the sister of former President Ricardo Martinelli and partner of businessman Aaron Mizrachi, sent a statement to La Prensa defending her husband against allegations that he accepted a bribe for arranging the German company SAP to receive a $14.5 million contract from the Social Security.

The national government is conducting works exceeding $200 million in the province of Darien.

Prosecutors will have eight months to conclude the investigation into alleged cost overruns in the contract the government signed in 2010 with the company Telespazio Argentina for a digital mapping system for $22 million.

The Association of Professors of the International Maritime University of Panama (UMIP) will remain vigilant of the electoral process to choose the new authorities of this university.

The Panamanian Association for Family Planning (APLAFA) expressed its position on the return to the first debate of the bill on sexual education in schools.

The construction of a plant dispensing concrete in Coco del Mar has residents on high alert.

As part of the celebration of its 75 years, the National Symphony Orchestra will give a free concert tomorrow at the Auditorium of San Agustin School (Costa del Este), with four Turkish violinists, who make up the Nemeth Quartet.