The Ministry of Health (Minsa) of Panama reported that in the last 24 hours, 519 new cases of covid-19 were registered, bringing the total accumulated infections to 354,604. Meanwhile, 6 new deaths were reported, bringing to 6,109 the total number of deaths in the country due to this disease. The fatality is 1.7%.  10,218 tests to detect coronavirus were applied in the last hours . The positivity is at 5%. To date there are 4,994 active cases and 343,501 recovered patients.  Of the total active cases, 4,409 patients are isolated, of them 4,199 in their residences and 210 in hospital hotels. While 585 patients are hospitalized, 496 in the ward and 89 in intensive care units.

After confirming the first case of the Brazilian variant of Covid-19 known as P.1, the Panamanian authorities defined the regulation for the entry into the country of travelers from South America. Through Executive Decree No. 260, of March 29 and published in the Official Gazette, it establishes that any person from, or who has stayed or transited through South America who enters the national territory by air, land or sea, using commercial or private means, You must present a negative test to the virus PCR or antigen 48 hours before your arrival. The rule, which comes into force as of this Wednesday, March 31 at 12:00 am, also orders that in addition to the negative result presented by the traveler from South American, a PCR or antigen test must also be carried out at their own expense. , prior to registration in Migration. 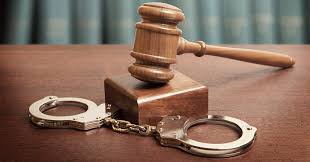 The Public Ministry reported on the afternoon of Tuesday, that a “wanted person” was apprehended for the murder of former deputy Diógenes Vergara. The victim was shot dead in the Cabra sector of Pacora. When Vergara was attacked, he was fixing a tire on his car and was accompanied by two other people when, from a green car, without a license plate, two men got out and shot him.

The Municipal Council of Panama approved a Territorial Ordering Plan (POT) of the capital district, presented by Mayor José Luis Fábrega , with important modifications that were never submitted to public consultation. The proposal was approved last week by the Council’s Housing Commission and this Tuesday, the plenary session approved the report, with 20 votes in favor, 2 against and 1 abstention.

Through Executive Decree No. 170 of March 30, the closure of national and municipal public offices is ordered from noon on Thursday, April 1, on the occasion of the commemoration of Holy Week.