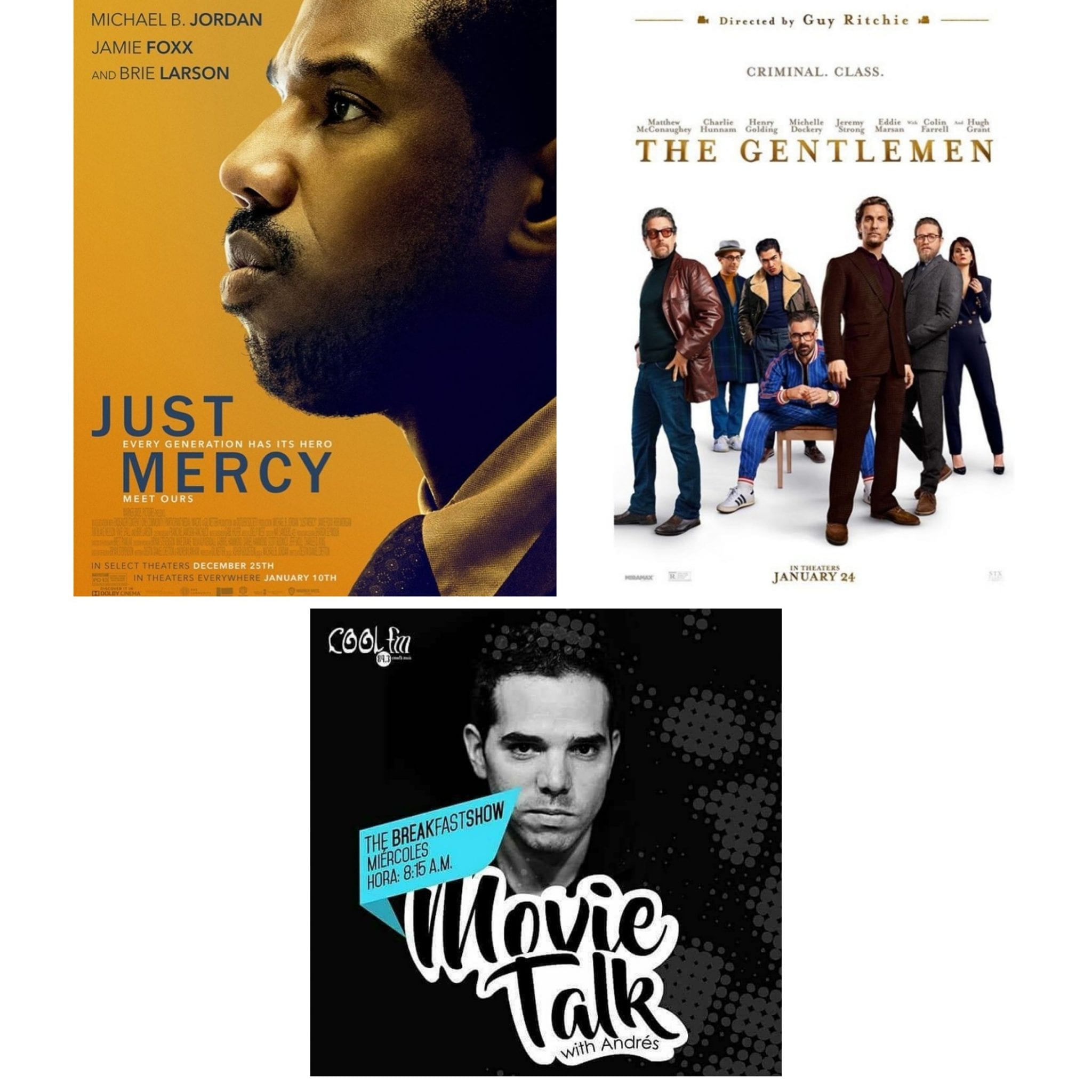 It is time to take a look at what is on at the movies with Andres Clemente, this week two movies.

First was The Gentlemen: “A bit of a “back-to-basics film for Guy Ritchie, and a chance for veteran actors to “change it up” with a very different kind of role. Personally, as a big fan of early Guy Ritchie movies like Lock Stock and Snatch, I had a blast getting a chance to enjoy a film made for the early 2000’s audience. In summary, the nostalgia factor and big laughs of the film outweigh an overtly convoluted conclusion and some out of place performances.”

The Second Just Mercy: “Yet another true life case, about a wrongly convicted man in the American South. Its been done over and over, and its always very moving, but, we’ve seen so many times, that the film is forgotten the moment you leave the movie theater. The only way to rise above that fate, is to tell the story in a new and original way; Just Mercy fails at that, and it fell through the cracks of 2019 and Jamie Foxx’s filmography.”

The Cabinet Council approved on Tuesday, March 3, the resolution to increase the alert for the coronavirus epidemic, which is spreading throughout the world, in accordance with international requirements.

Members of the European Parliament value Panama’s efforts in fiscal transparency, regardless of the country’s inclusion in the blacklist recently published by that agency.

Although the ruling of the Supreme Court of Justice (CSJ) allows Uber and other technology platforms to accept cash, it also makes it clear that these platforms must be regulated.

The Superior Court of Appeals confirmed the sentence of five years in prison to multiple murderer Gilberto Ventura Ceballos, for his first escape from La Joyita prison on December 28, 2016. The decision was taken on Tuesday, March 3 at a hearing.

Mónica García and Castor Serrano, parents of Mónica Serrano, the girl who disappeared from the courtyard of her home in Loma Bonita, Arraiján, in 2003, said they were willing to collaborate with the Public Ministry in the investigation carried out by the Metropolitan Prosecutor’s Office of Panama to determine the identity of the young Grifina López, and in this way clarify whether or not it is the missing child.

The National Civil Protection System (Sinaproc) reminded that a wave prevention warning is in force on the coast of the Panamanian Caribbean.