The latest epidemiological report from the Ministry of Health (Minsa) reveals that 25 more people have died in the last 24 hours as a result of Covid-19, bringing the total number of deaths to 1,522.

Israel Cedeño, director of the Metropolitan Health Region, who released the report on said that the accumulated cases increased to 69,424, after 968 new cases were registered.  These cases were detected after performing 2,440 new tests, with which a total of 234,954 have been made since last March when the first case of the new coronavirus was announced.

Representatives of business unions, civic clubs, non-governmental organizations and civil society in general launched the # TodoPanamá movement on yesterday Tuesday, which aims to control the spread of the new coronavirus and reduce levels of fatality.

The Judicial Branch suspended the intermediate hearing that was to be held this Tuesday, in the process followed against Oydén Ortega Collado , and Claudia Purcait, son and ex-secretary, respectively, of the ex-magistrate of the Supreme Court of Justice (CSJ), Oydén Ortega Durán , for the alleged commission of the crime of influence peddling.

Former President Ricardo Martinelli presented himself on Tuesday morning, to the Odebrecht Special Anti – Corruption Prosecutor’s Office , but did not comply with the investigative procedure, to which he has been summoned, but to review the file.

The authorities reported on Tuesday, August 4, 2020, the apprehension of a second person who is believed to be involved in the case of the massacre of seven young people from the Valle Verde community in the township of Cristóbal in Colón .

Starting today, Tuesday the 4th, until Friday the 7th of August, the Government will make the transfer of the digital voucher effective for some 360 ​​thousand 978 Panamanians, as part of the plan to support people affected by the Covid-19 pandemic . 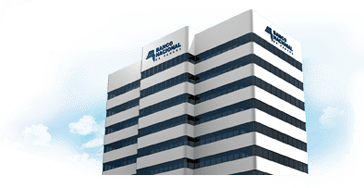 The Ministry of Labor and Labor Development (Mitradel) , will enable this week through its website an option that will allow lawyers specializing in immigration law, request an appointment to carry out in person the procedures related to labor notifications, payments, presentation of reconsideration resources and obtaining the digital card of foreign workers.

The National Bank of Panama (BNP) placed on Tuesday, August 4, a bond issue for $ 1 billion in international markets, achieving an over-demand in the order of $ 4.8 billion. The maturity of the issue is 10 years, and it was placed at a rate of 2.5%.