Wednesday 5th July 2017. Everything, Everything review and the Canada report.

If you ever fancied seeing a forgettable movie, well according to Andres Clemente his review of “Everything, Everything” it is summed up as such. In fact by the time he left the studio, he had already forgotten it and was looking forward to the new Spiderman movie! 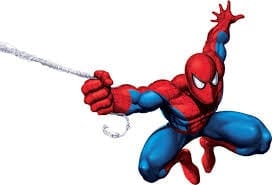 A big welcome back to Michael Drouillard who has been suffering from health issues. Here he is with this weeks Canada report.

The Supreme Court of Justice (CSJ) is processing four preventive habeas corpus petitions filed by persons allegedly linked to the investigation for alleged money-laundering related to transactions carried out for the purchase of Editora Panamá América, SA (Epasa), possibly with public funds.

Former Public Works ministers Jaime Ford and Federico Súarez appeared again yesterday before the Anti-Corruption Prosecutor’s Office to respond to the investigation for the alleged commission of crimes against the public administration due to alleged cost overruns in the Expansion works and rehabilitation of the Arraiján-La Chorrera highway, carried out by Transcaribe Trading (TCT).

The partial energy blackout that occurred this last weekend left more than $1.3 million in economic losses to Panamanian businessmen and merchants.

The head of the minority Democratic Change (CD) party, Fernando Carrillo, confirmed that the general secretary of the Revolutionary Democratic Party (PRD), Pedro Miguel González, and other leaders of that group met with Marta Linares de Martinelli, of the CD and wife of former president Ricardo Martinelli Berrocal.

The mayor of Panama, José Isabel Blandón, defended yesterday the empowerment that has been achieved in the entity that he leads, the municipality.

The Center for Environmental Impact of Panama (CIAM-Panama) pursued a claim of nullity against Resolution No.DM-0278-2017 of June 12, 2017 and asked the Third Chamber of the Supreme Court of Justice for its Provisional suspension, because they consider it illegal and contradictory.

Rodney Cline Carew, known as Rod Carew, was cheered on Monday at the Target Field in Minnesota, where he made the ceremonial pitching of the Twins vs Angels game.