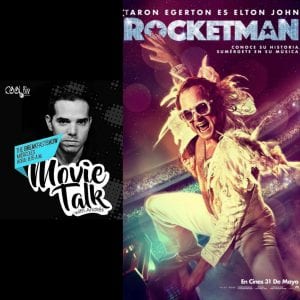 It is that time of the week when we take a look at what is on at the movies. Andres Clemente is back and this week we talk about Rocketman the biopic about the early years of Elton John… “After the huge success of last year’s Bohemian Rhapsody, Rocketman had the challenge of presenting something different but at the same time a “Showstopper”. Thankfully, the clever way of Fletcher’s storytelling, the trans-formative performance from Egerton, the emotional arc and some really great concert scenes make this film one of the best and unique Music Biopic’s ever made. 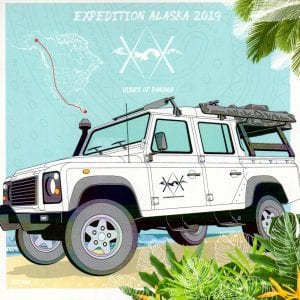 In the last hour today I get to chat with Alejandro Huerta Franco who is about to make an expedition in his Land Rover Defender from Panama to Alaska. Being a Land Rover fan myself we get to talk cars and take a look not at just his pending trip but also the ability to visit so many places here in Panama.

The elected president of Panama, Laurentino Cortizo, announced on Tuesday, June 4, the names of the people with whom he completes his Cabinet of Ministers. He did it in the company of the Vice President elect of the Republic, José Gabriel Carrizo Jaén.

“Obviously we have to review it”, said the president-elect, Laurentino Cortizo, on Tuesday, when he asked about the contract with Minera Panama.

The General Directorate of Public Procurement (DGCP) ordered the temporary suspension of the tender for the extension of line 1 of  the Panama Metro to the Villa Zaíta sector, to review the claim filed by the Villa Zaíta Consortium composed of the FCC companies, Cicsa and Odebrecht.

Personnel of the Fire Department of Panama continued on Tuesday with the evaluations in the PH Costa Mare, of costa sur, in Don Bosco, after the explosion last Friday in apartment 73E. This event has resulted in one fatality and 13 injured.

The  Maritime Authority of Panama (AMP) has granted a marine fund concession for a period of 20 years in the corregimiento of Río Alejandro, province of Colón.