Solistas de Viena with Soprano Marta Polizot are going to be performing at the Ateneo Theatre tomorrow night and with me in the studio this morning is Cellist Michael Holzmann. We chat about the members of the group, the content of the program for tomorrow and we have a chuckle at Michael’s means of transporting his Cello.

And as it is Wednesday we have this weeks Canada Report from Michael Drouilliard.

The Social Security Fund (CSS) must pay 2,000 euros ($2,300) to Spain in the process related to the case of mass poisoning with diethylene glycol.

The Ninth Anticorruption Circuit Prosecutor, led by the Prosecutor Johaira González, has scheduled for July 7 the questioning of Luis Cucalón, former director of Revenue, who was charged for the alleged crime against the public administration

Prosecutor Abel Zamorano has ordered the inspection of the offices of Importadora Ricamar, property of the family of former President Ricardo Martinelli (2009-2014), as part of the research into the Cobranzas del Istmo case.

From the early hours of yesterday, the Special Prosecutor for Racketeering Crimes of the Attorney General’s Office in conjunction with the National Police, conducted a gang operation in the city of Colon.

Health officials reported yesterday that 42 deaths have now been blamed on the H1N1 influenza. Last Friday, the number of deaths stood at 39.

The development of the first document for the Modernization of Environmental Impact Studies (EIA) in Panama advances effectively as part of the environmental management model of environment minister, Mirei Endara.

Panama has led the region in economic growth in recent years, however, it occupies the fifth position in the 2016 Index of Social Progress regionally and the 41st in the world. 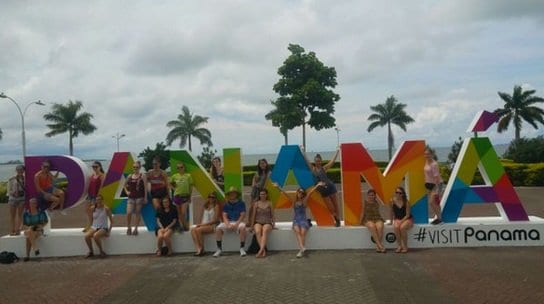 In May, the Panamanian Tourism Authority (ATP) inaugurated the first photo spot on the Cinta Costera, which has been enjoyed by Panamanians and tourists alike, so it plans to install four more of them in the country.