The Ministry of Health (Minsa) reported that the curfew measure is maintained in four districts of the country, despite the fact that the Covid-19 indexes are generally decreasing . Health authorities confirmed the mobility restriction from 1:00 am to 4:00 am. in the districts of Colón, province of Colón; Chame and San Carlos, in West Panama; and Barú, in Chiriquí. 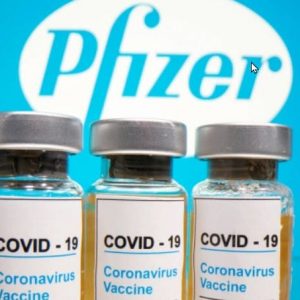 With the arrival this Tuesday, October 5, of a new batch of Pfizer vaccines, Panama has received 6.4 million doses against Covid-19 from this pharmaceutical company. The Ministry of Health (Minsa) reported that this new shipment, with 97,110 doses and that it arrived at the Tocumen Airport cargo area, is destined to continue with the sweep strategy in different circuits of the country.

The Supreme Court of Justice partially granted a habeas data action filed by the Foundation for the Development of Citizen Freedom – represented by Olga de Obaldia – in which it was sought that the Ministry of Health (Minsa) deliver a copy of the contracts subscribed with pharmaceutical companies from which COVID vaccines were purchased (Pfizer and AstraZeneca). However, the Court refused to deliver a copy of the contracts or agreements signed with the pharmaceutical companies and the Covax platform, as they were information of a restricted nature.

The Government of Colombia asked Panama on Tuesday, October 5, to “facilitate” the entry into its territory of migrants who are minors or women in a state of pregnancy so that they avoid the risky clandestine passage to Central America through the jungles of Darien. The Ombudsman, Carlos Camargo , asked the neighboring country to create a corridor “that facilitates the transit of children, adolescents, pregnant women and lactating women, without having to expose their lives.”

For the members of the Civil Organizations for Electoral Reforms, one of the members of the Citizen Forum and the Electoral Reform Commission, the Government Commission of the National Assembly insists on a process of electoral reforms “without due disclosure and transparency.” The Government Commission is ready to debate the last block of bill No. 544 on electoral reforms. At the same time, citizens have convened a human chain for 4:00 pm today at Calle 50, corner of Novey, old Danté.

The technical secretary of the National Commission against Money Laundering (CNBC), Dani Kuzniecky , resigned from the post. Kuzniecky’s resignation joins that of Darma Romero, effective since September 9, who shared a team with the lawyer as director of International Financial and Tax Strategy at the MEF.

The European Union removed Anguilla, Dominica and the Seychelles Islands from its black list of tax havens on Tuesday, just two days after the publication of the Pandora Papers on tax evasion practices. Currently, the EU blacklist is limited to American Samoa, the Fiji Islands, Guam, Palau, Panama, Samoa, Trinidad and Tobago, the US Virgin Islands, and Vanuatu . The list “should penalize tax havens. Instead, they lets them get away with it, ”Chiara Putaturo, Oxfam’s European tax expert, was outraged, quoted in a statement. “The decision to withdraw Anguilla, the last jurisdiction with a 0% tax rate, and the Seychelles, which are at the center of the latest tax scandal, makes the EU blacklist a joke,” he added.

Until this Friday, October 8, the National Civil Protection System (Sinaproc) will maintain a warning of prevention for “significant” rains and storms over the entire country. The areas that will be under the prevention notice are Bocas del Toro, Ngäbe-Buglé region, Veraguas, Colón, Guna Yala region, Darién and Emberá region. This warning will also apply to Panama, Panama Oeste, Coclé, Herrera, Los Santos, Chiriquí and the coastal sectors of the Caribbean and the Panamanian Pacific.

The Panama Metro reported that after completing the testing phase, this Tuesday began the construction phase of the piles that will support line 3 , which will connect the provinces of Panama and Panama Oeste. According to a Metro report, a total of 1,450 piles are required along the 24.5 kilometers of the work, which goes from the Panama Pacifico sector to Ciudad del Futuro.