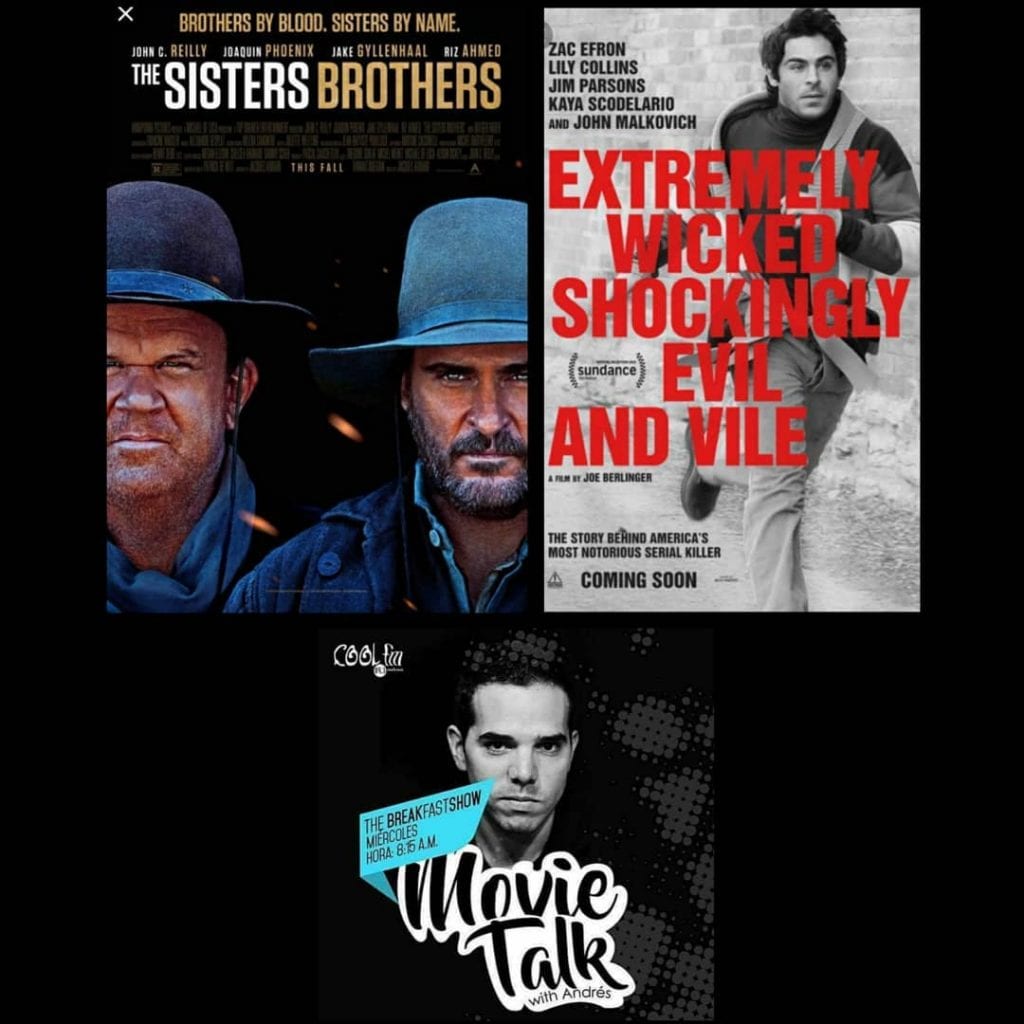 Welcome back after a weeks break to Andres Clemente, this last week he has taken an in depth look at what is on at the movies, two choices.

A perspective on the Ted Bundy story with “Extremely wicked, Shockingly Evil and Vile” the verdict “The same director of the Ted Bundy Tapes documentary tells the same story but this time from the perspective of the killer’s companion. The film struggles to fit all the events in a two hour film and that makes it look incomplete.”

The second film under the spotlight? “The Sisters Brothers” (don’t ask). By all accounts a good cowboy movie. “It’s been a long time since we’ve seen of film like this. It takes a page from classic Westerns in the style of John Wayne and Clint Eastwood. Takes it time to tell the story and has the audience’s attention the whole time.”

Bank of America Merrill Lynch analyzed the government plan of the recently elected president  Laurentino Cortizo, and concluded that with “confidence” they can affirm that there is no truly populist measure in his political agenda. At least not populist compared to the recent presidential elections in Latin America, which have generated concern among investors.

After the triumph of the Uniting Forces Alliance, led by Laurentino Cortizo, representatives of civil society and the business sector affirmed that the new president will have great challenges to strengthen the economy, which is going through a slowdown.

The  Panamanian Society of Engineers and Architects (SPIA) warned, through a statement, about “defects” in some of the construction works developed by the current government administration, both centrally and locally.