The movie review with Andres Clemente. Two for the price of one this morning, the 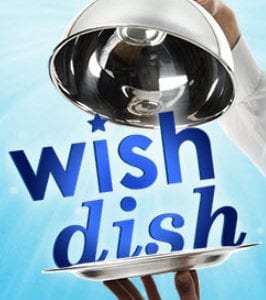 In the last hour today we have Daniela Porta Humbert and Carlos Aleman from the Make-a-Wish foundation. It is that time of the year that the local restaurants join in with the Wish-Dish during the month of August. We talk about the great things that Make-a-Wish for the children with life threatening ailments. How about meeting Justin Bieber?  Everything is possible! 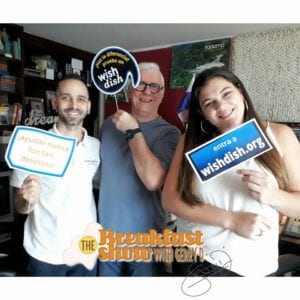 And don’t forget that it is Wednesday and that means at 8:30 we have this weeks Canada report from Michael!

President Juan Carlos Varela spent $5.4 million from the discretionary budget corresponding to the months of April, May and June of 2017.

Professor and constitutionalist Miguel Antonio Bernal will try to be on the ballot of the 2019 presidential elections.

Alternative Independent Social Party (PAIS) was authorized by the Electoral Tribunal (TE) to start collecting signatures to become a political party. The authorization was formalized in Resolution 19 of July 27, 2017.

The PRD “Toy con Panama” group intended to hold a medical event with funds from the Social Security Fund (CSS).

Yesterday, the Anti-Corruption Prosecutor’s Office investigated the mother of Adolfo Chichi De Obarrio, who in the past government served as private secretary to President Ricardo Martinelli.

The preliminary hearing to be held yesterday morning in the Second Criminal Court against former administrator of the Panamanian Tourism Authority Salomón “Salo” Shamah -and seven other people for the alleged crime of embezzlement- was suspended.

The plenary of the National Assembly approved on Monday August 7, 2017 to cite the Minister of Commerce and Industries, Augusto Arosemena.

The Dule Art Festival is celebrating its fifth edition this year and this week is offering a series of activities that highlight the traditions and cultural contributions of the Guna indigenous people.