Wednesday17th October 2018. “A star is born” and a “Simple Favor” reviewed. A BeerFest with a charitable twist.

Movie review time of the week! Andres Clement takes a look at two very different movies. A Star is Born with Lady Gaga and A Simple Favor staring Anna Kendrick. 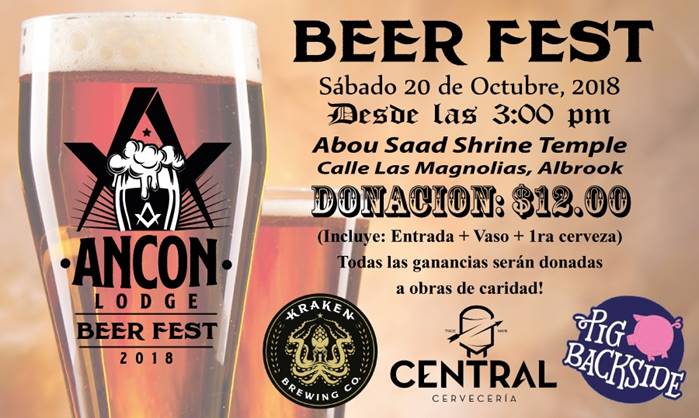 In the last hour today Russel Bean invites us to enjoy some craft beers, some great food and fun games. Have a great time all in aid of Charity. This Saturday starting at 3pm at the Shrine Building in Albrook, right next to the Albrook Inn.

The plenary session of the  National Assembly approved on Tuesday night, in the second debate, bill No. 621, which seeks to increase disability and old age pensions up to a maximum of $1,500.

It was learned that officials of the Anticorruption Discharge Prosecutor’s Office carried out proceedings on Tuesday, October 16, at the offices of the San Felipe, Ancon, Las Mañanitas, Calidonia and December 24 community councils .

Given the urgency of constitutional changes, the Justice Commission of the Concertación installed on Tuesday an advisory group of experts who should guide and make recommendations on constitutional reforms.

President  Juan Carlos Varela culminated a tour in Austria, where he met with members of the Federal Economic Chamber who expressed their interest in having more Austrian companies invest in Panama.

The company Mi Bus announced the launch of its application MiBus Maps Panama , which will provide information on the arrival of buses in real time to users.

Four new cases of hanta virus in the province of Los Santos reported on the morning of this Tuesday, October 16, by the health authorities of the province.